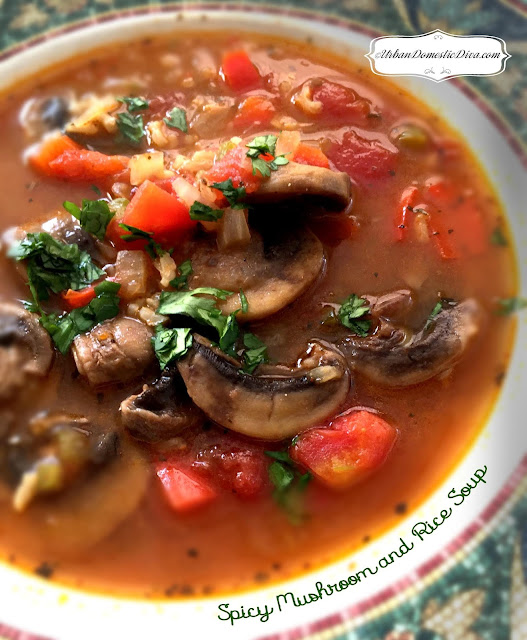 I know this is odd to see, right? Soup in the summer? Well, we at our house are very strict with doing a soup and salad night once a week, all year. It's usually Mondays, which my daughter hates. I think she proclaimed one night, "Monday has already bad karma all over the place. Why make it worse with boring soup and salad for dinner?" I think she was in second grade when she said this.

Well, this soup makes soup and salad night less poopy. It's light and full of flavor. My daughter even liked it. Imagine that? Bad karma and all.

In a large Dutch oven over medium-high heat heat the oil and add the bell pepper, the onion, the garlic, and jalapeno. Cook until softened, about five minutes. Add mushrooms and cook stirring occasionally until mushrooms release their juices, about another five minutes. Add broth, tomatoes, chili powder and salt and bring to a boil. Reduce the heat and simmer, covered, about five minutes. Then add the rice and simmer covered, until tender, about 10 more minutes. Remove from heat. Stir in chopped cilantro, squeeze lime juice on top and serve. 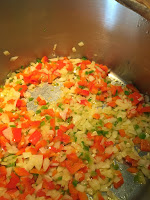 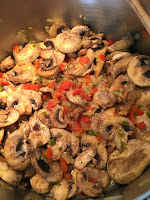 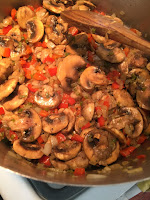 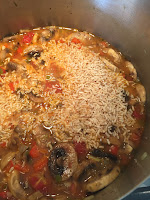 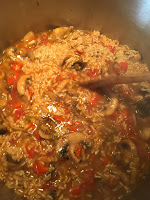 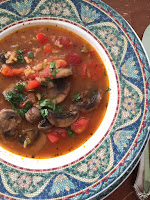