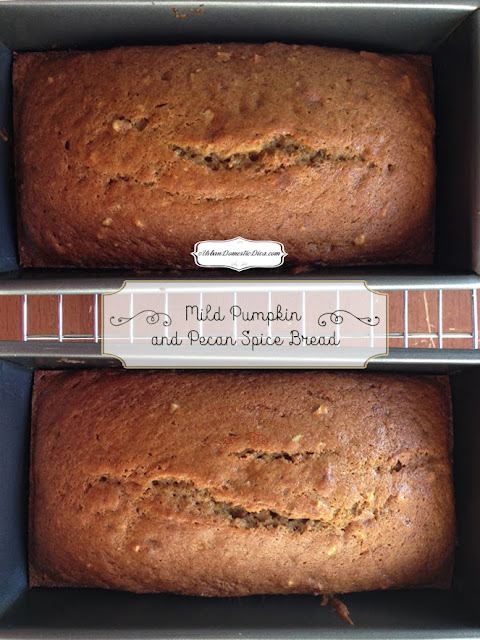 The pumpkin ramen soup I posted last weekend left me with a lonely left over cup of pumpkin puree. I just have this thing about throwing stuff away. I wasn’t sure I could make pumpkin bread with just a cup of pumpkin puree. Usually pumpkin bread takes a whole can, at least. But I gave this a try using a Williams Sonoma recipe. What happened was that one cup of pumpkin was just enough for a mild, sweet pumpkin flavor. It was enough to carry pumpkin, but also not over power the amazing amount of spice in this recipe. I decided to also throw in some pecans, and some vanilla to help mellow out all the spice-a-palooza. These loaves turned out sublime. 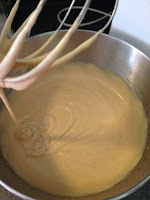 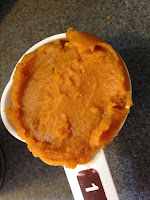 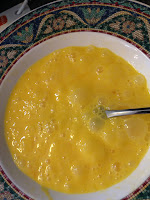 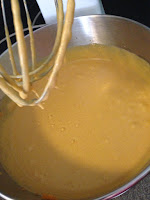 In a small bowl, mix the flour, baking powder and baking soda, salt, ginger, nutmeg, allspice and cinnamon. Set aside. 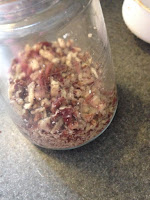 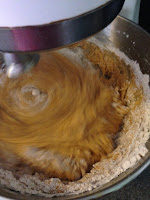 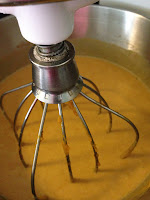 With a stand mixer, beat the melted butter with both sugars until well whipped. Add the eggs and pumpkin puree and whip until light and fluffy. Add the vanilla extract and mix well. Turn the mixer to low. Add the flour mix in two steps, mixing until just combined. Finally mix in the chopped pecans until evenly distributed. 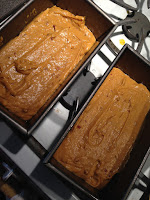 Pour the batter into waiting pans, making sure there is an even amount in both. Bake on the center rack for about 50 minutes to one hour. Turn the pans midway for even cooking. Bread is done when a toothpick at the center comes out clean. Let cool in the pans for 10-15 minutes, then run a dull knife around the edges of the pans and invert the breads onto a cooling rack to cool the breads completely. Wrap tightly to keep moist and keep for one week. This bread freezes really well.