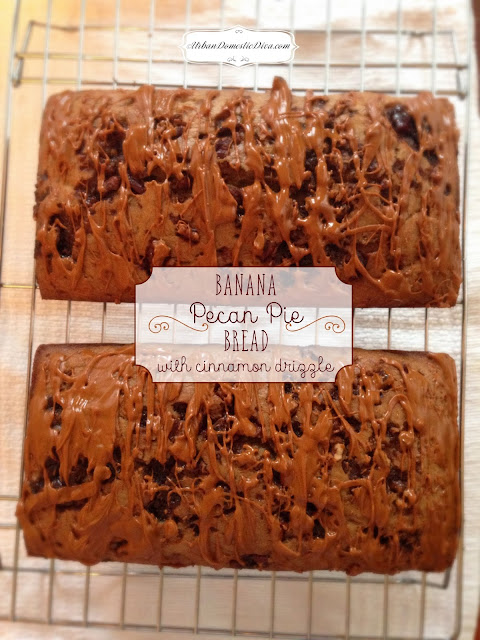 Who doesn't love pecan pie? Ever think you can get that experience in a banana bread? Well, I gave it a try and it turned out great! By making a pecan brittle crumble and folding it into the batter and sprinkling it on top I gave a nice, sweet, nutty crunch to the bread. 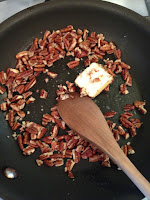 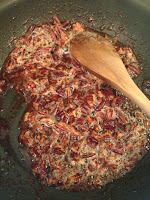 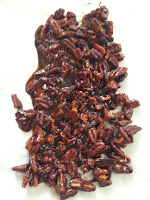 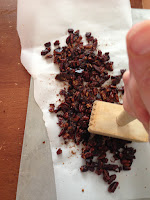 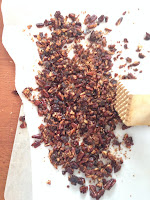 For the brittle crumble:

In a small pan melt the pecans, butter, brown sugar and cinnamon. Cook this together over medium heat until syrup is brown and well toasted and things are caramelized. Pour this onto a parchment lined baking sheet to harden and cool. Once cooled, take a rolling pin or meat mallet and crush up the pecan brittle. Set aside. 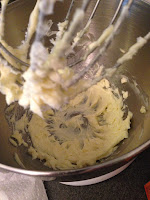 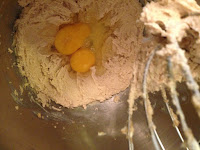 Cream butter and sugar with a stand mixer, then add eggs and whip until fluffy. 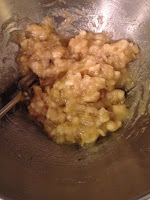 In a separate bowl, mash bananas and add the vanilla. Whisk until all well combined, then set aside. 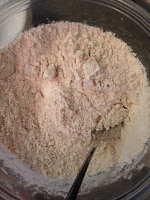 In a smaller bowl, mix the dry ingredients; flour, baking soda, salt and cinnamon. Mix loosely with a fork. Set aside. 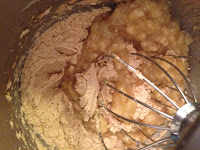 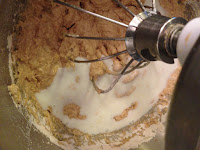 In your creamed butter mixture, add the egg-banana mixture and whip until well combined. Turn the mixer on low and gently add the dry ingredients into 2 parts adding the buttermilk in between. Mix until just combined, careful to not overbeat. 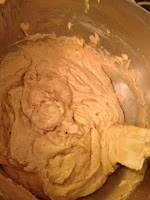 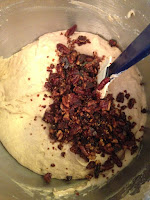 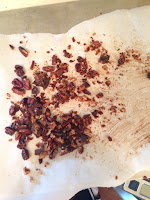 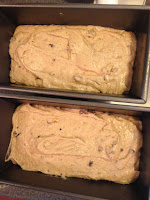 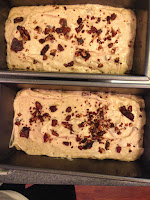 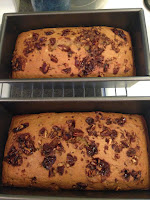 Gently fold in my hand the crumbled brittle, being careful to reserve a tablespoon or two for the tops, to your finished batter. Pour the batter evenly between the 2 pans. Sprinkle along the top of the bread the reserved pecan brittle.

Bake for about 40 minutes, or until toothpick comes out clean and bread springs back to the touch.

Meanwhile melt cinnamon chip morsels with a tablespoon of canola oil in the microwave at 50% power a minute at a time until drizzling consistency. Be careful to not over-heat, these chips seize up easily if overheated or overworked. If this happens use a little more oil to loosen it up. 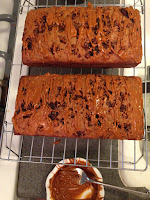 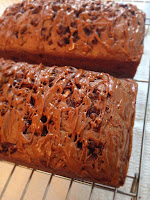 Lightly drizzle (or spread if too thick) the cinnamon chips along the tops of the bread.

Let it set and serve. (You can freeze this too for up to 3 months.)
Email Post
Labels: baking Banana Pecan Pie Bread breakfast breakfast treats cinnamon nuts sweets