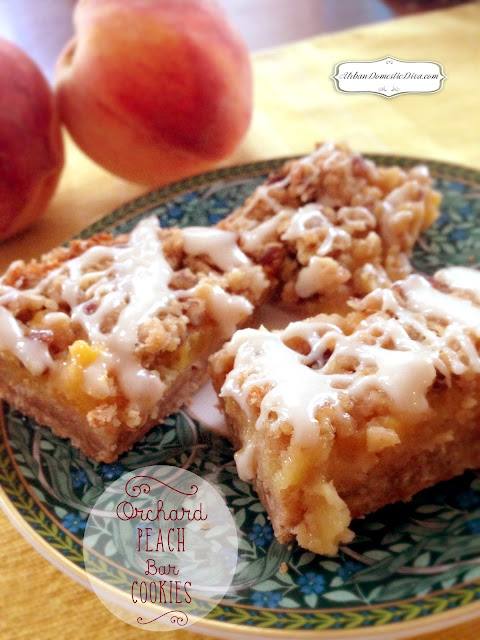 Peaches are wonderful in cobblers and pies, but here is a way to use them in a unique bar cookie. I let the chopped peaches macerate in some orange juice before folding them into the batter to really get some juicy peach flavors going throughout the cookie. The crust dough is the same for the crumble topping, making it really easy to put together.

These are a great late-summer treat. Keep them chilled in an airtight container up to a week. 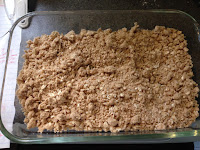 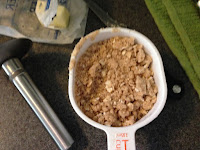 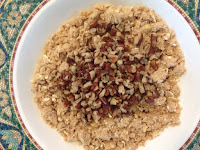 In a medium bowl, make the crust. Mix the flour, oats, brown sugar and cinnamon. Cut in the butter and mix until crumbly. Remove 3/4 cup for the topping and mix the chopped pecans in with the topping and set aside. 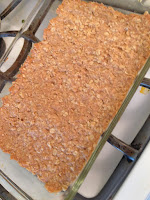 With the rest of the crust mixture, press into the bottom of the pan evenly. Bake the crust in the oven for 15 minutes, and let cool. 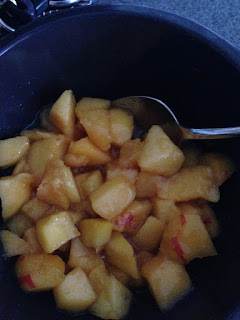 Mix the chopped peaches with the orange juice, vanilla extract, dash of salt and sugar. Let the peaches macerate while the crust cools and you make the batter. 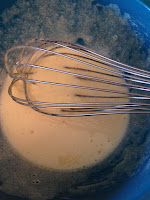 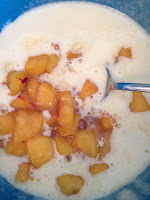 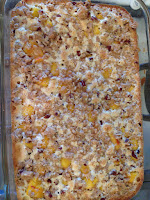 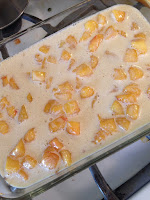 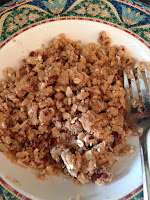 While the crust cools, whisk the egg and sugar until light and fluffy. Add the flour and salt, and whisk until thick. Fold in the peaches, and pour in the cooled crust. Crumble the topping along the topping. 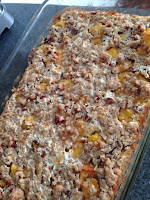 Bake for 30 minutes until bubbly and topping is all golden. Cool for 30 minutes, then chill for a couple of hours before cutting. 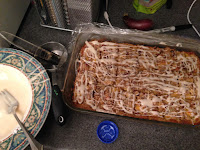 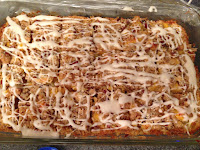 Whisk the glaze until drizzling consistency, and drizzle the tops of the bars using the tines of a fork. Let the drizzle set, then store in the refrigerator.