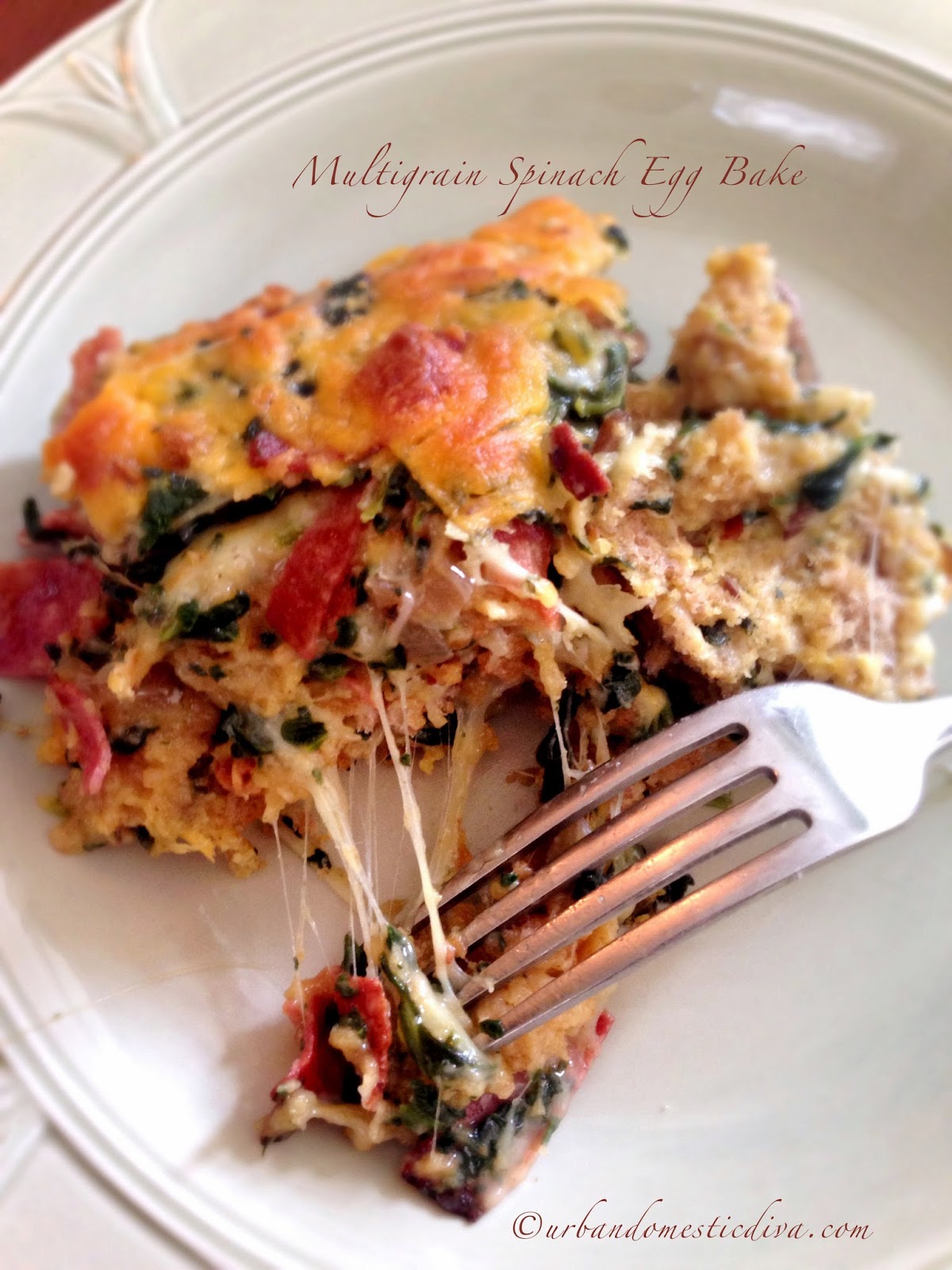 This was my guilty working mom breakfast.
You see, my husband went on a trip to Canada-leaving my daughter and I to fend for ourselves for a week. So the first Friday on our own, I had had a very long day at work. My daughter and I were pretty hopeless. "What do you want for dinner?" "I dunno, what do you want?" "I dunno." Sigh.*

And that continued for about an hour. We had no idea what we wanted, and finally I walked over to my daughter's favorite rotisserie chicken shop up the street (which I hate) and brought home some chicken and home style sides. We picnicked in the living room watching a Disney movie. She was happy as a clam. It was cozy, I agree. But I felt like a really lame mom, not having a nice dinner planned for us.

So I got up early and whipped this puppy up based on what I had in the kitchen. I based it on a recipe I found on a great blog, Brown Eyed Baker. I thought we could enjoy some baked deliciousness to start our weekend off right.

My daughter liked it, but I think she enjoyed our chicken picnic better. And the moral of the story in that? Sometimes, our children want to just spend time with us, they don't have high expectations. They have very simple needs, and simple palates. We are the ones that have put the expectations on ourselves. And in trying to live up to those, we are missing out on some precious time with our kids.

Now I am not saying NOT to make this dish. It's a hearty, aromatic breakfast dish. Just don't do it out of guilt. As the recent Johnson's commercial says, "You're doing okay, Mom."

Preheat oven to 250°. Lay the chopped bread on a baking sheet in an even layer and place in the oven to dry out while making other ingredients. They should take about 15 to 20 minutes. 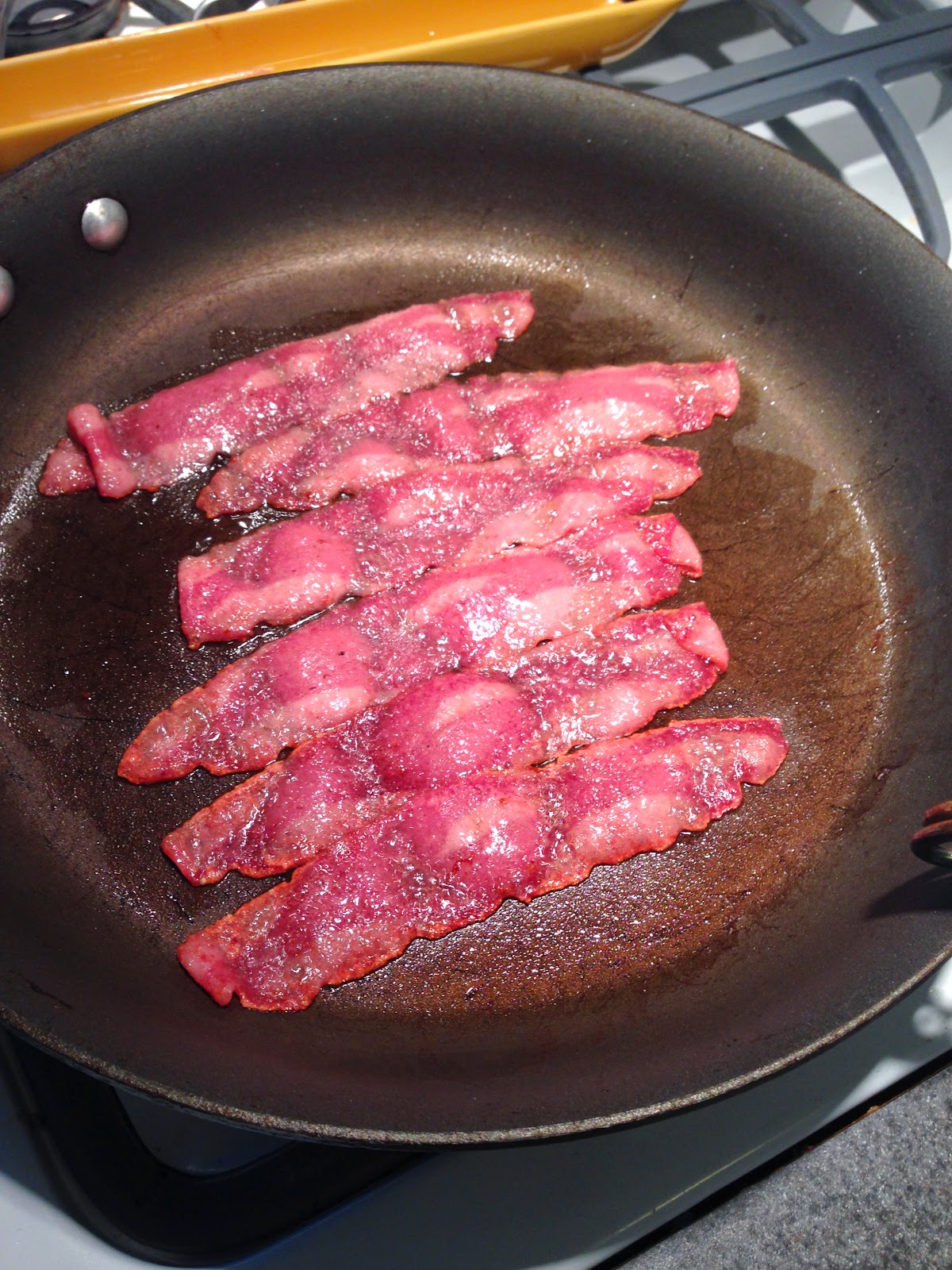 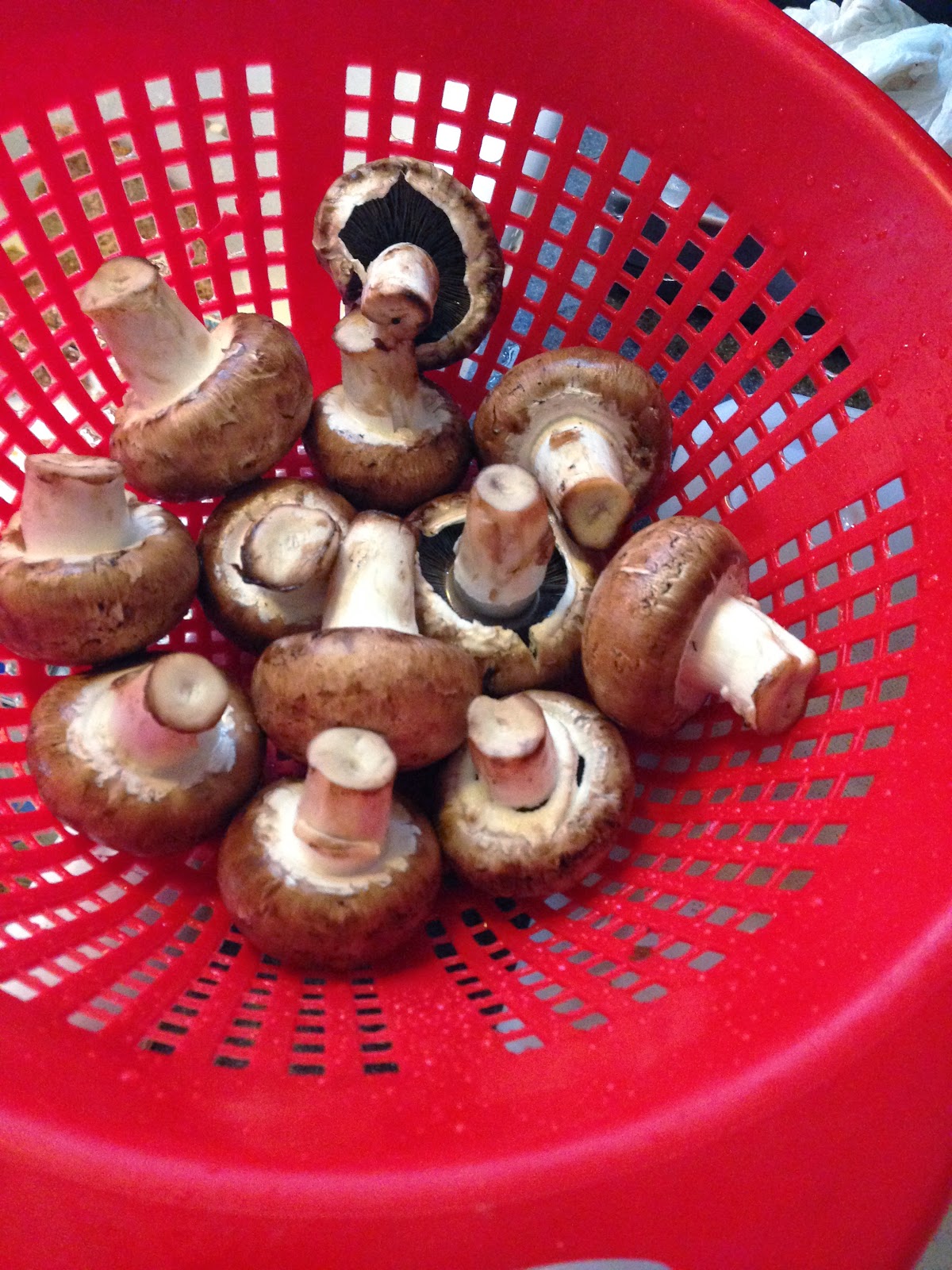 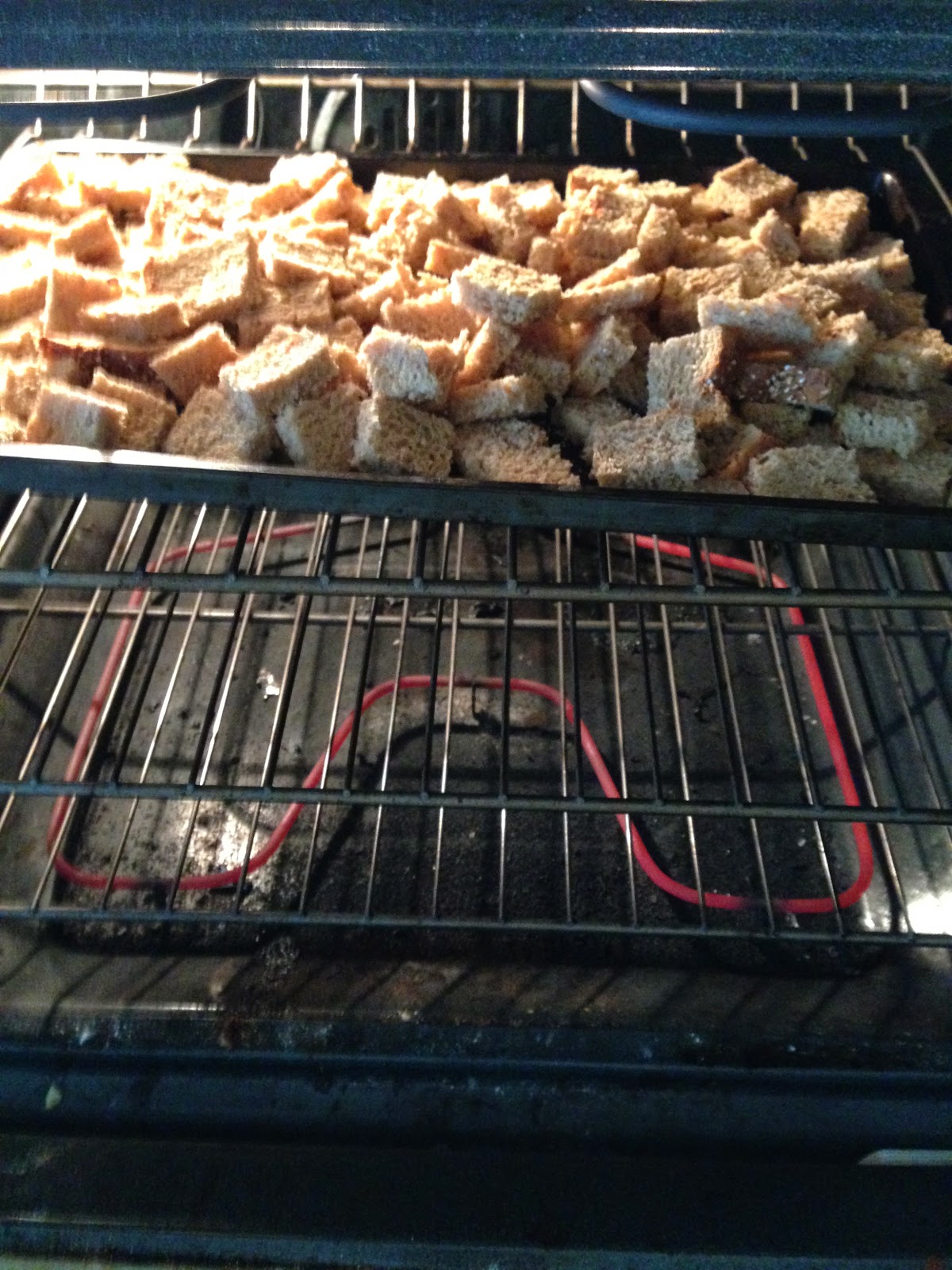 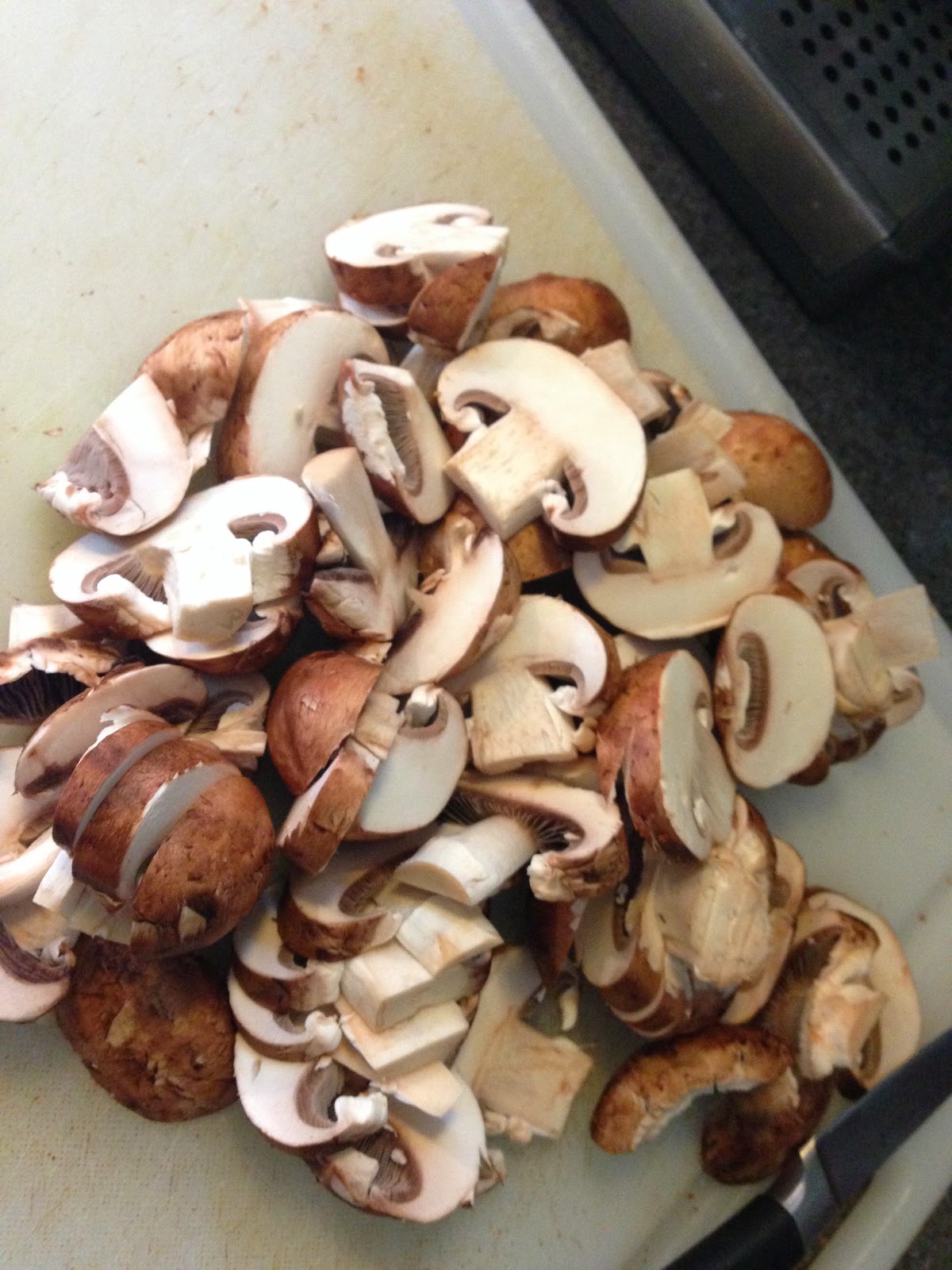 While the bread is drying out, defrost the chopped frozen spinach and squeeze dry. In a large sauté pan cook the bacon in a tablespoon of olive oil until crispy. Drain on paper towel but reserve the pan juices and return pan back to the stove. Reheat the pan and add the chopped shallots and sauté until translucent. Add the mushrooms and cook until they begin to release their juices. Add the chopped spinach and cook until softened. Add 1 teaspoon of the seasoning blend and salt and pepper to taste. 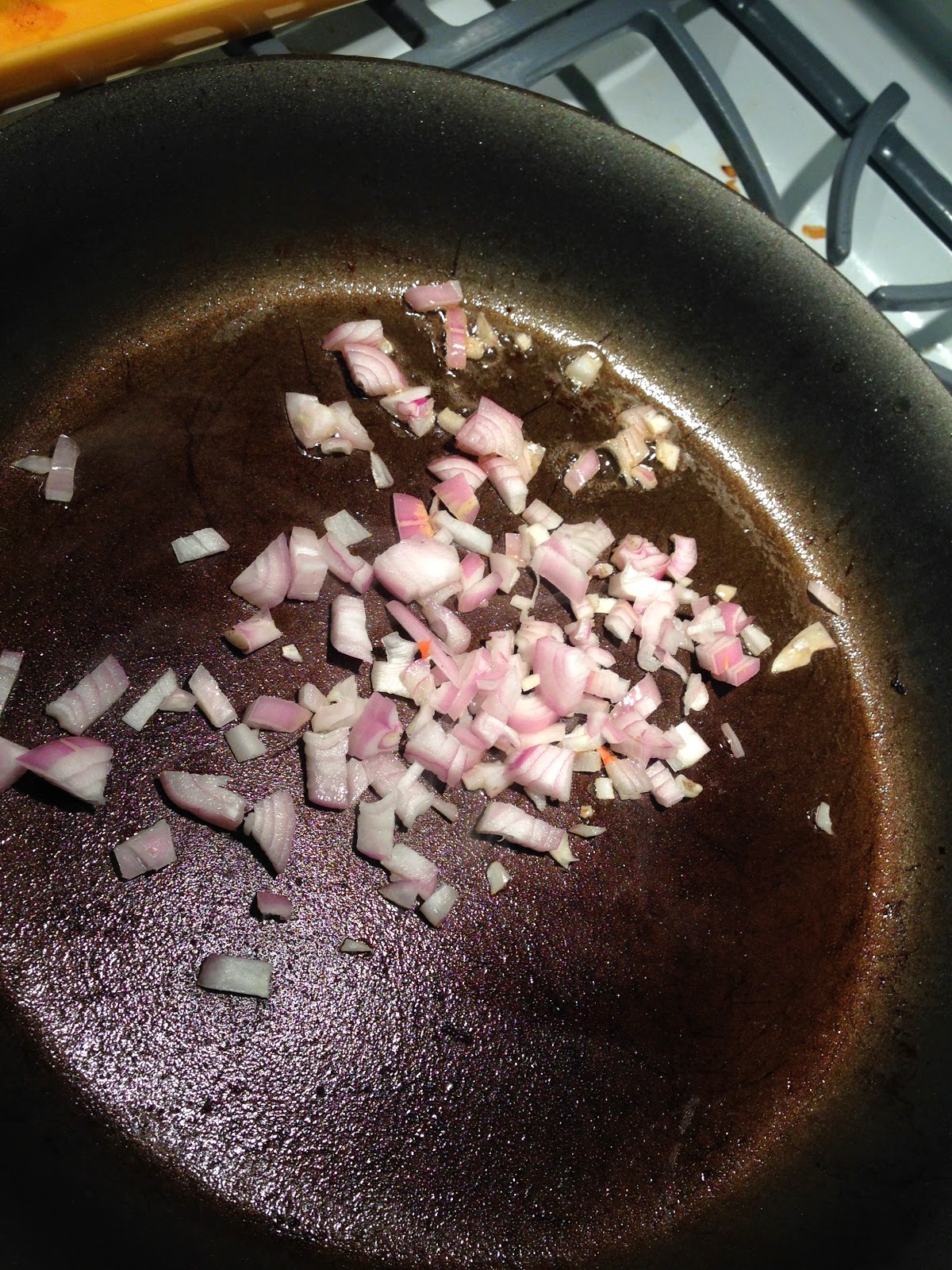 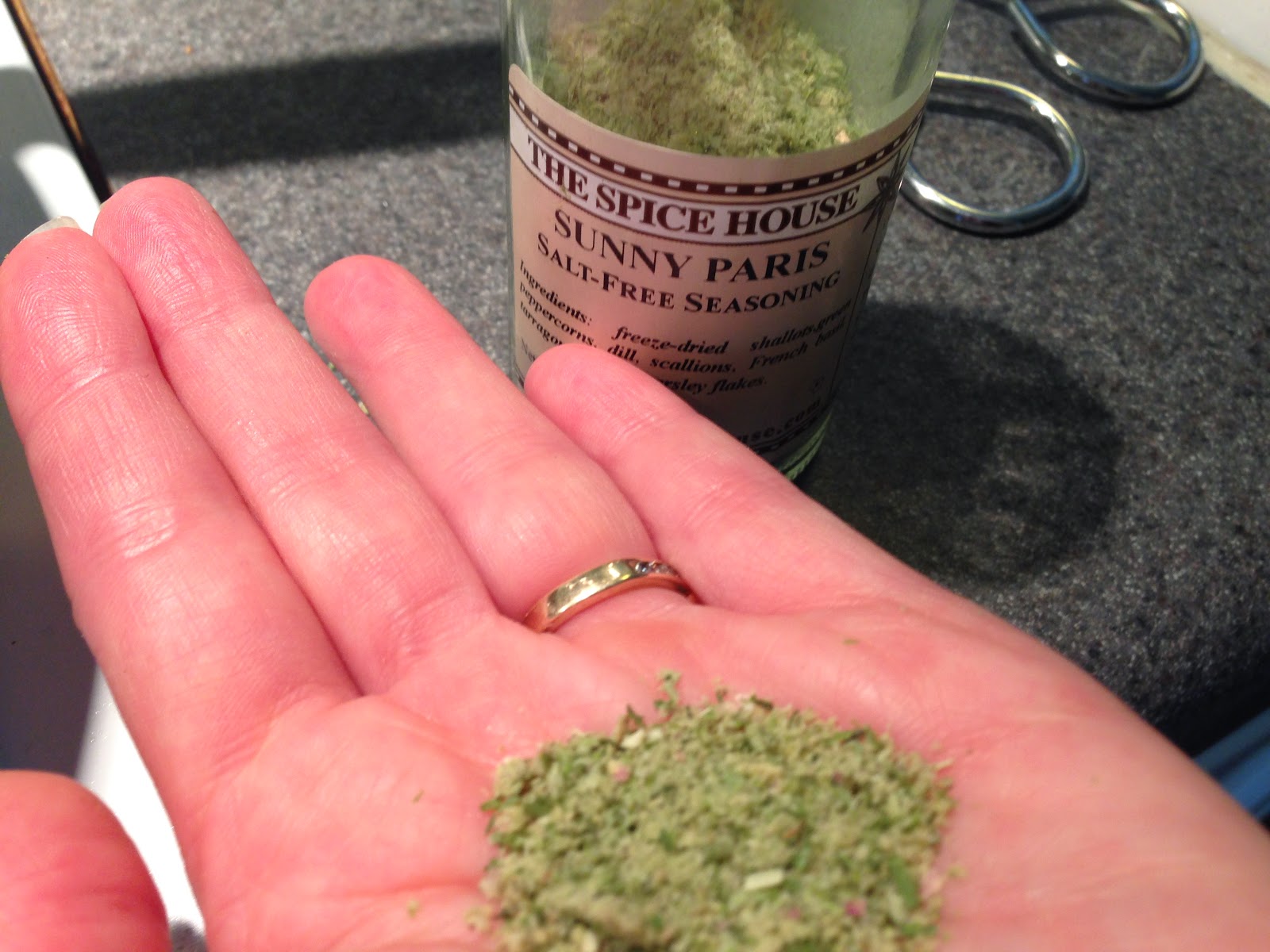 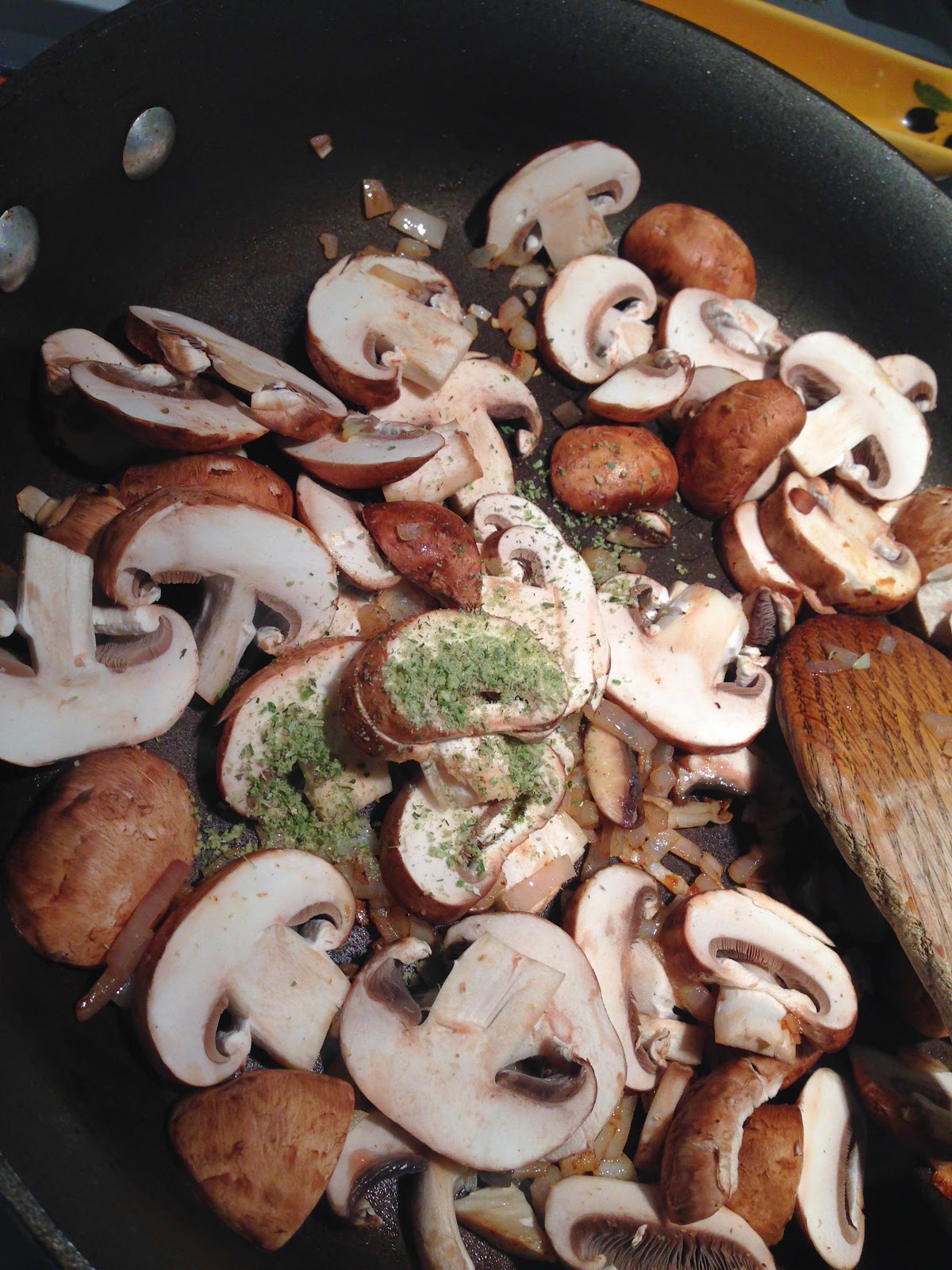 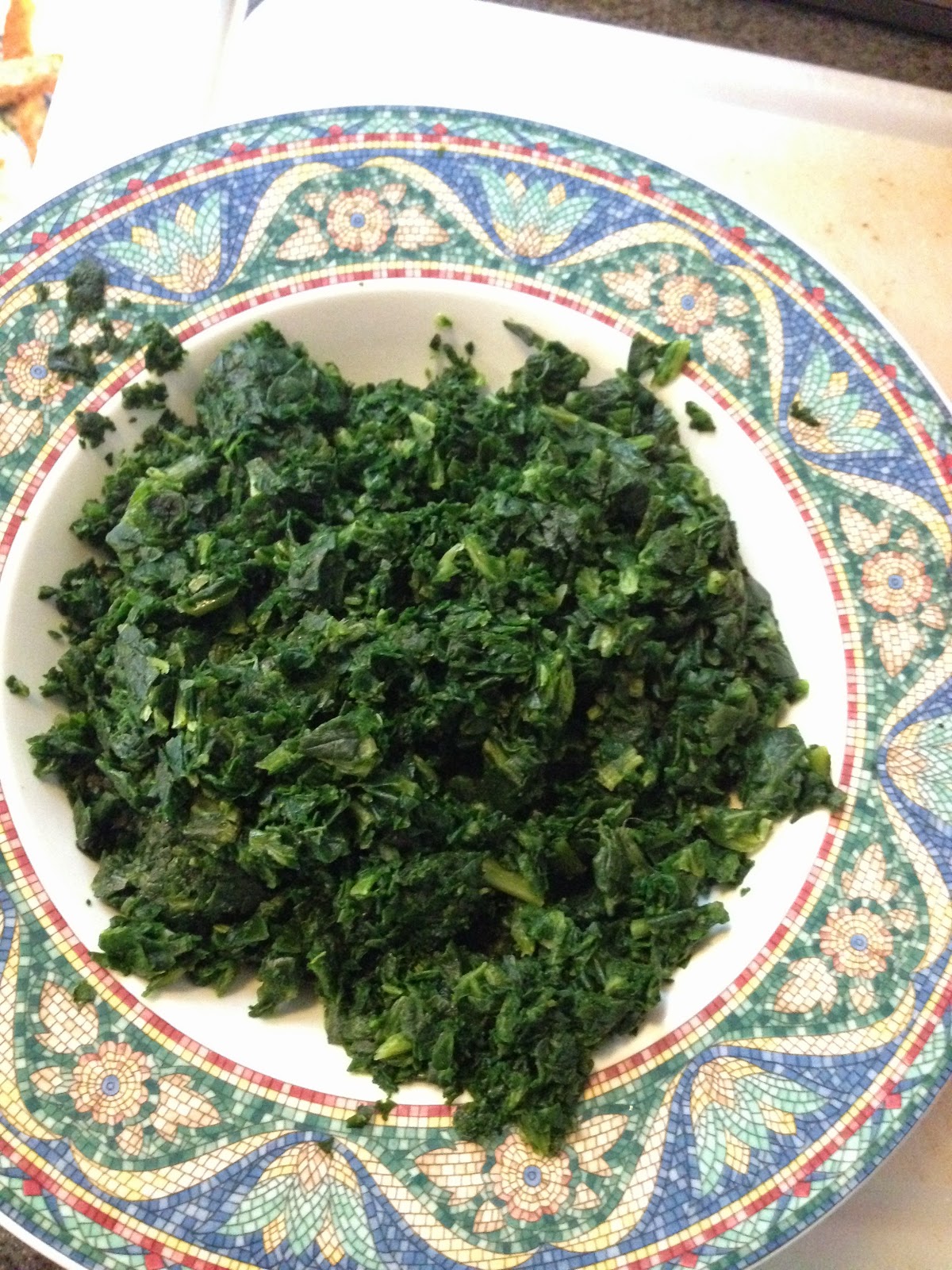 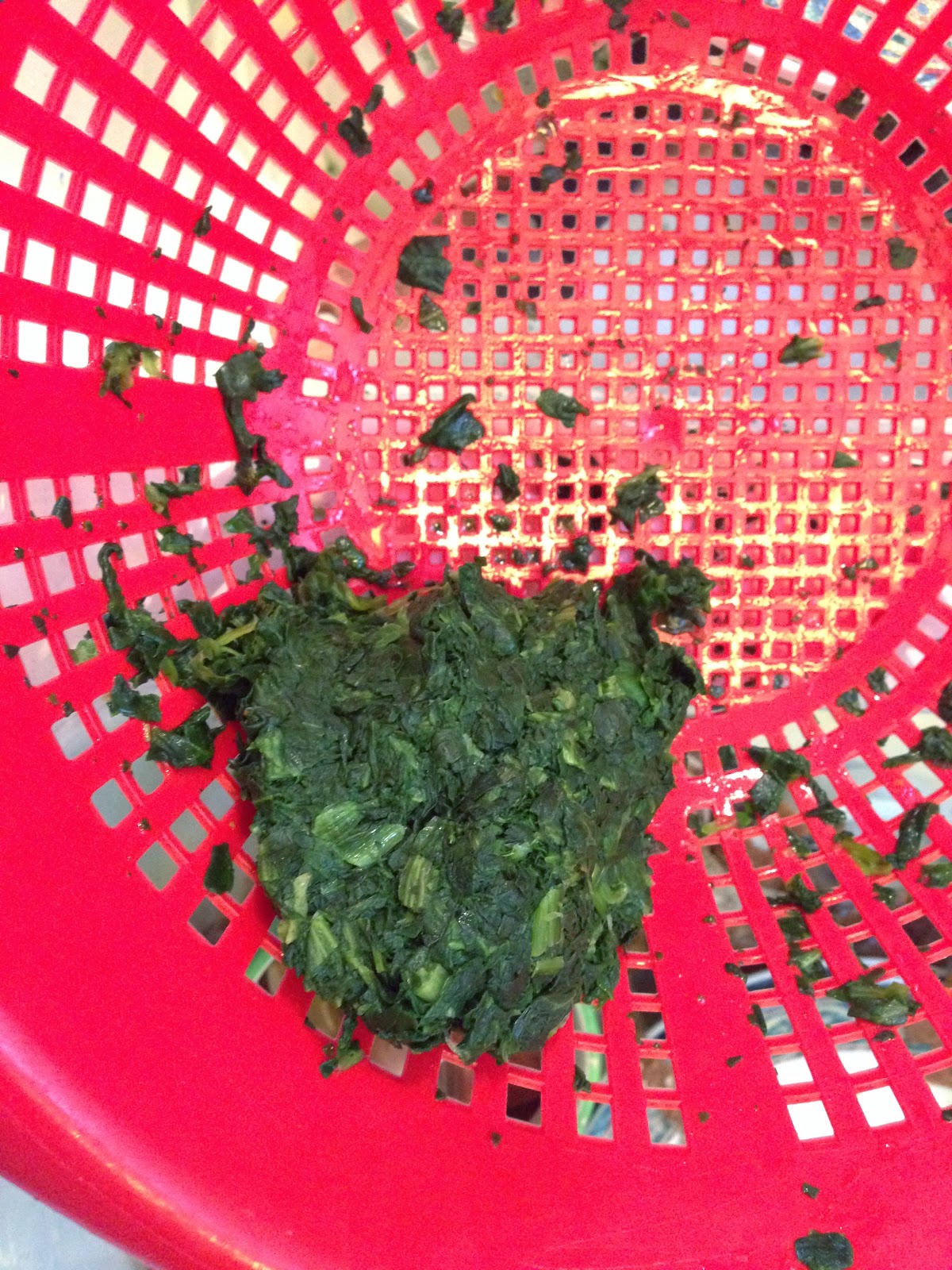 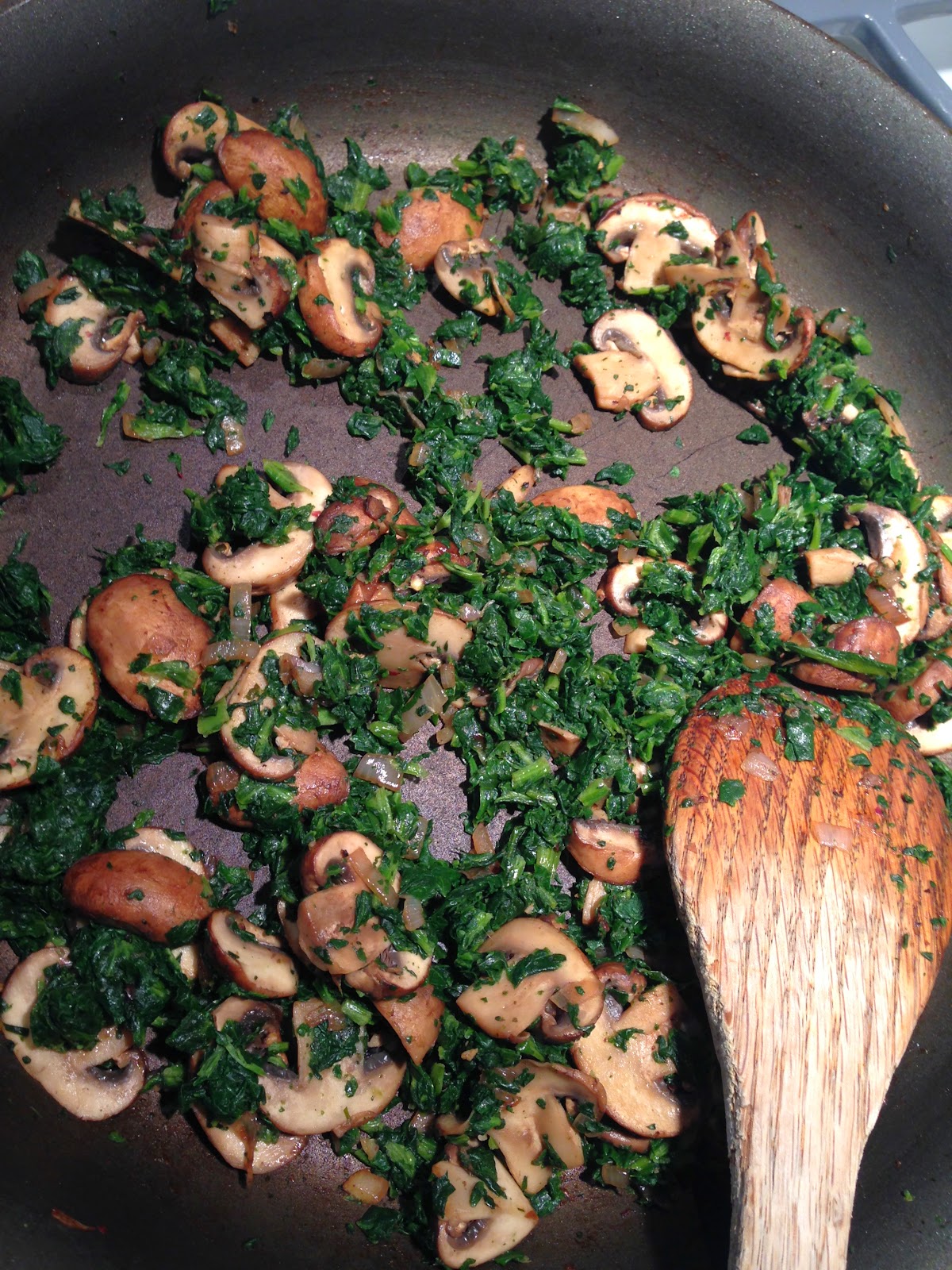 Chop the cooked bacon and toss the bacon with the mushrooms in the shallots and take off the heat. Meanwhile take the bread out of the oven and let cool slightly. Get a big bowl, and pour the bread into it. Turn up the temperature up on the oven to 425˚. Toss the bread together with the vegetables, Parmesan, Mozzarella and Swiss cheese until well mixed. In another bowl whisk the eggs with the milk. Pour the egg mixture over the bread mixture and toss to coat and moisten the bread mixture well. 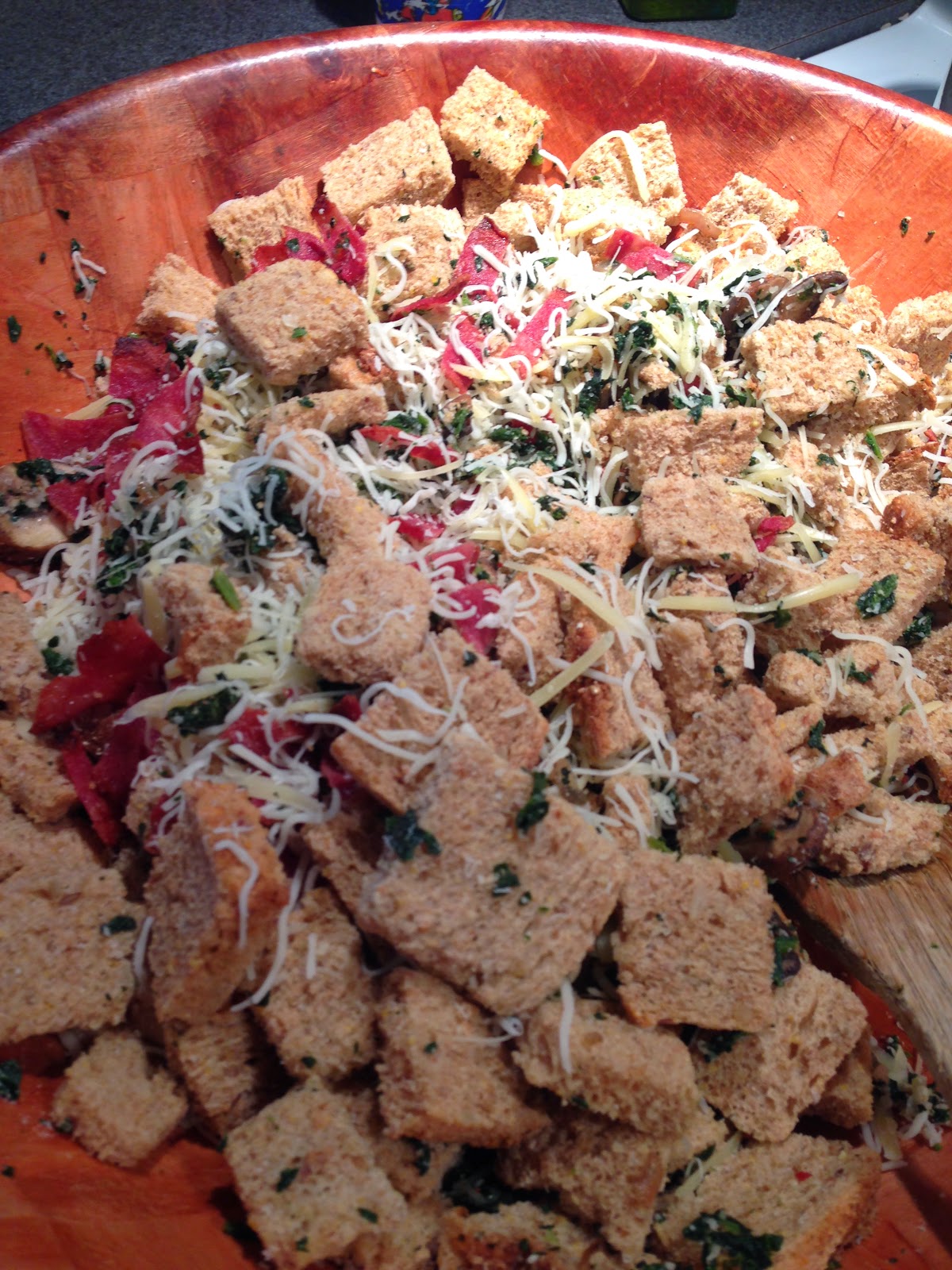 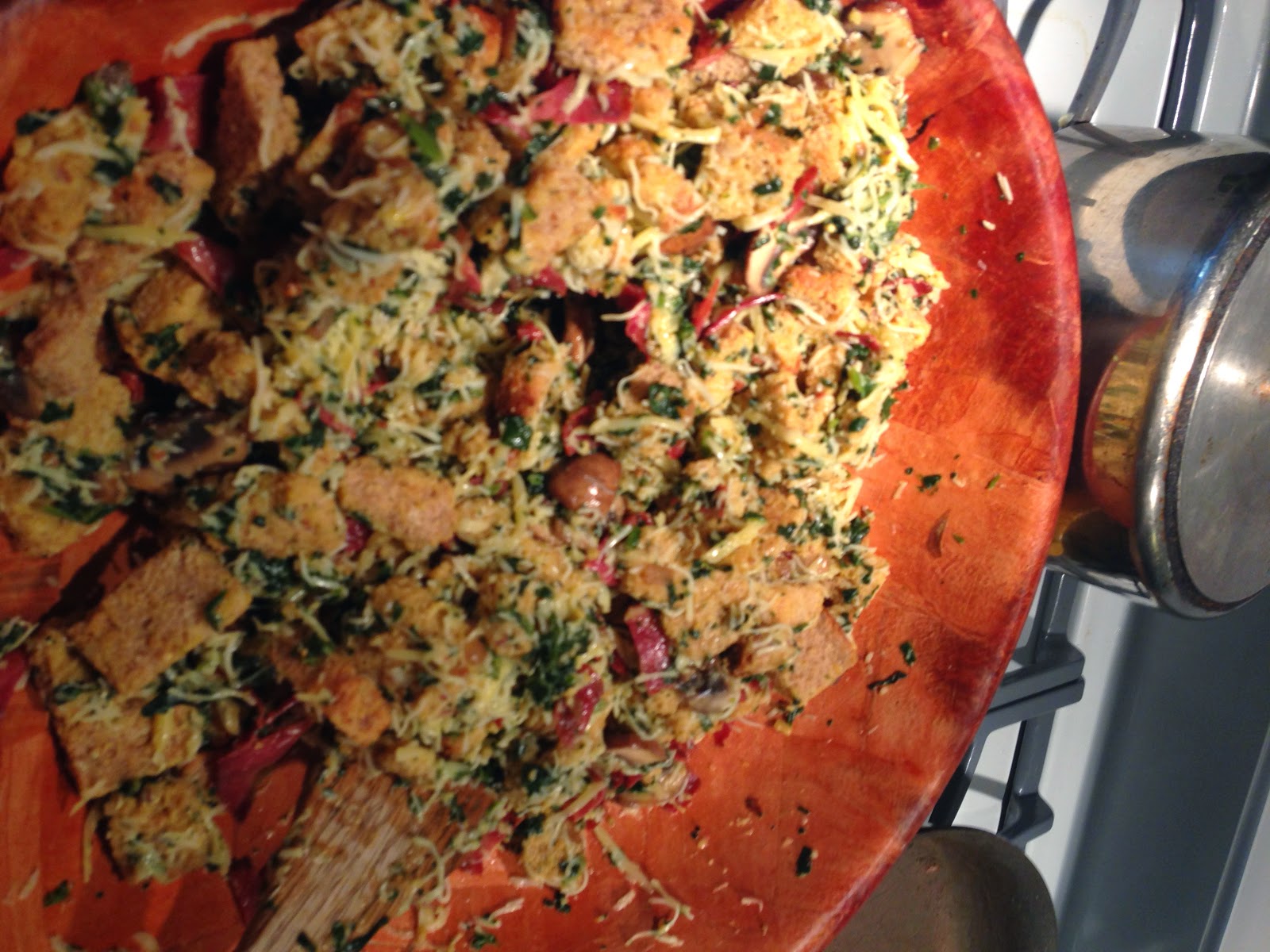 Spray a deep 10-11" long casserole dish with nonstick cooking spray. Pour the wet bread mixture into the pan. With the back of a spoon, push the mixture down and pack it in tight. Sprinkle the top with the cheddar. Bake in the oven until top is melted and golden brown and bread is puffed up, about 35-45 minutes. Serve hot. 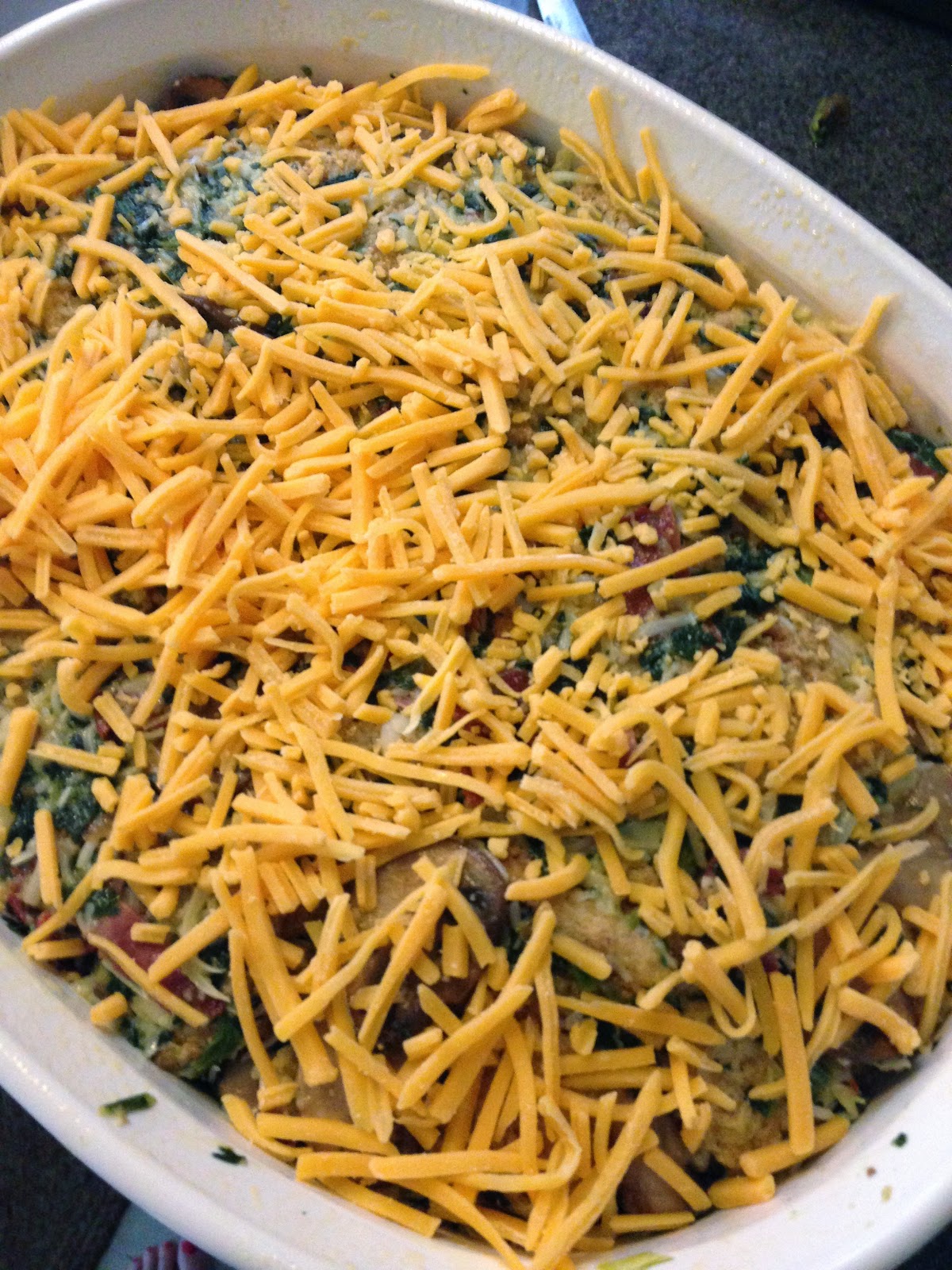 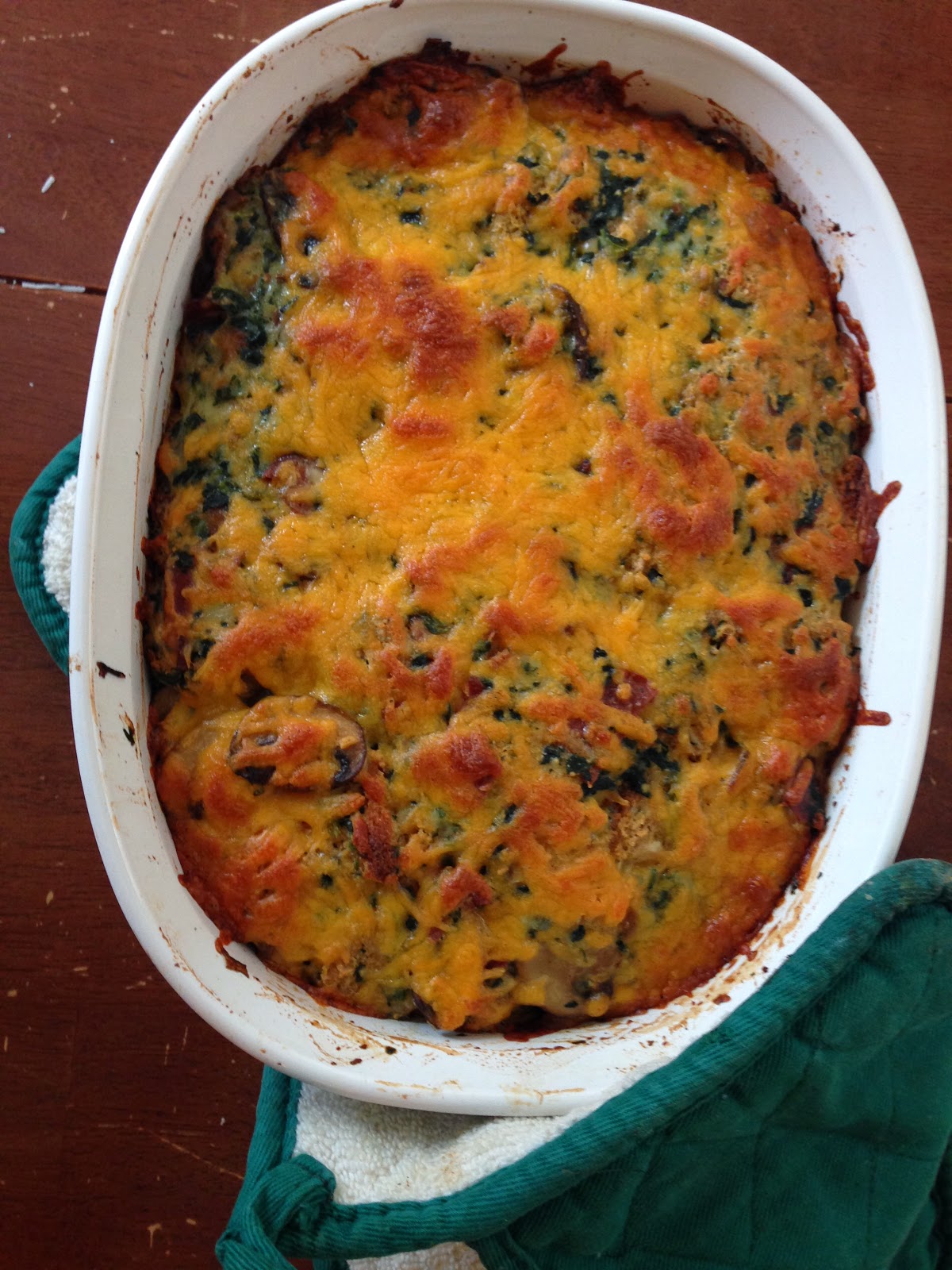