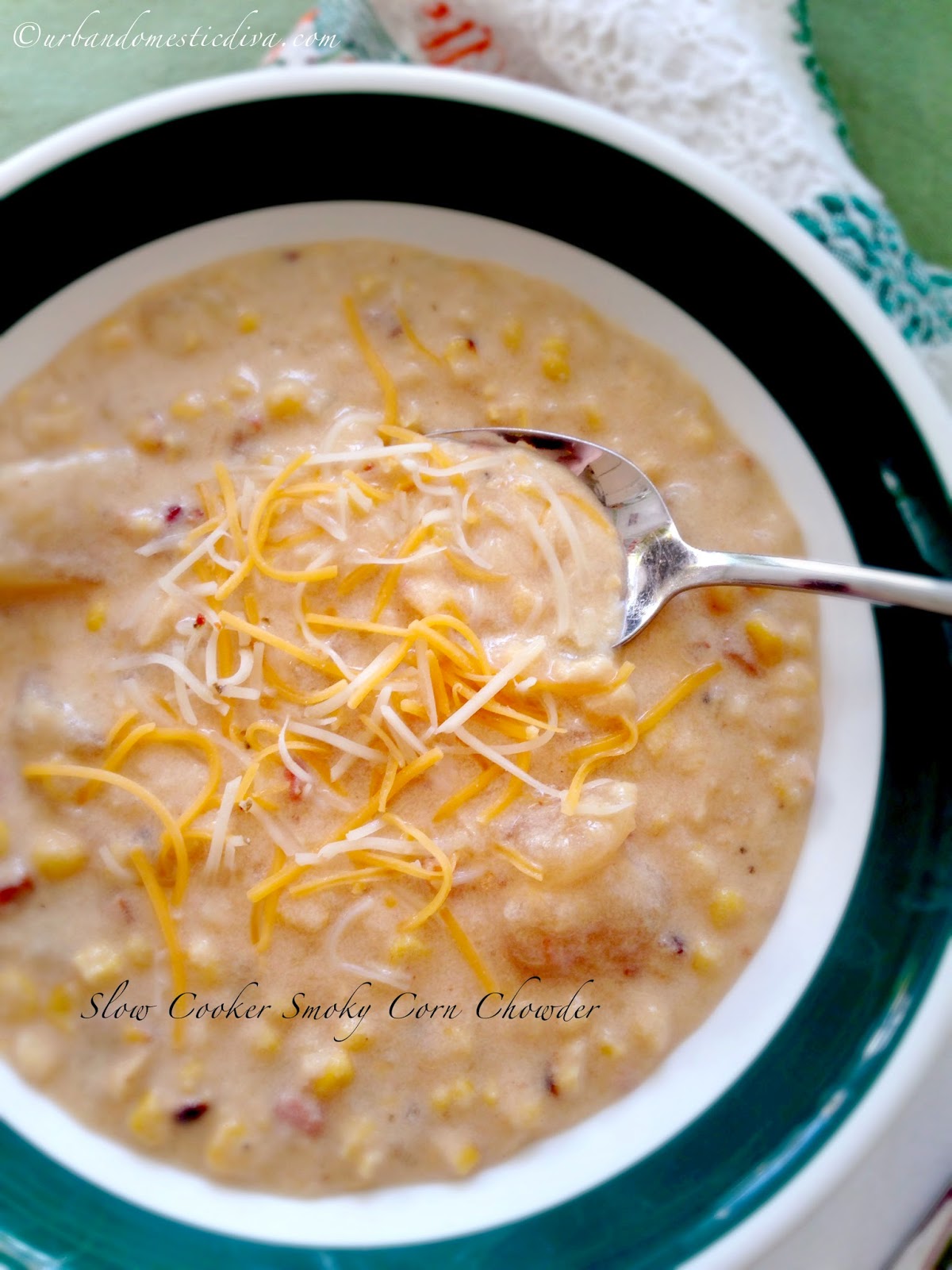 It's summer, and that means corn, corn corn. Ever have a large BBQ, and you have a ton of left over ears of corn? That happened over the 4th, and my friend Jean gave me a ton of left over corn from the BBQ. She did this cool thing where she cooked a ton of it in a cooler of boiling hot water for half the day, and served it up like that to a large crowd. She found it on Pinterest...I'll have to find that pin.

Anyway, I digress. So I had all this corn, and you can make a lot with corn. But I had some delicious smokey Hunter style bacon, and decided to make a wonderful corn chowder in the slow cooker using the bacon as a base. The slow cooker kept the kitchen cooler, and I chose it also because I had a full day of yard work ahead of me. It worked out great. The bacon gave a nice salty-smokey flavor, and the corn had a fresh flavor to it. I also tried this trick (see pic below) of using a Bundt pan to cut off and catch corn kernels off the cob. I don't need to tell you, it was pretty life changing. The chowder wasn't too bad either! 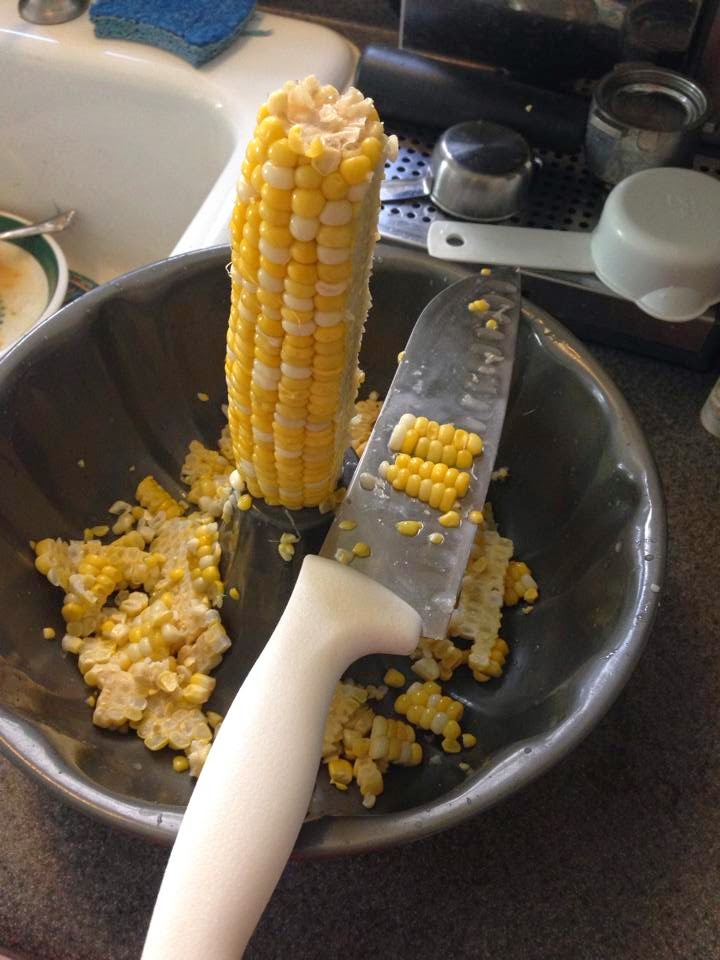 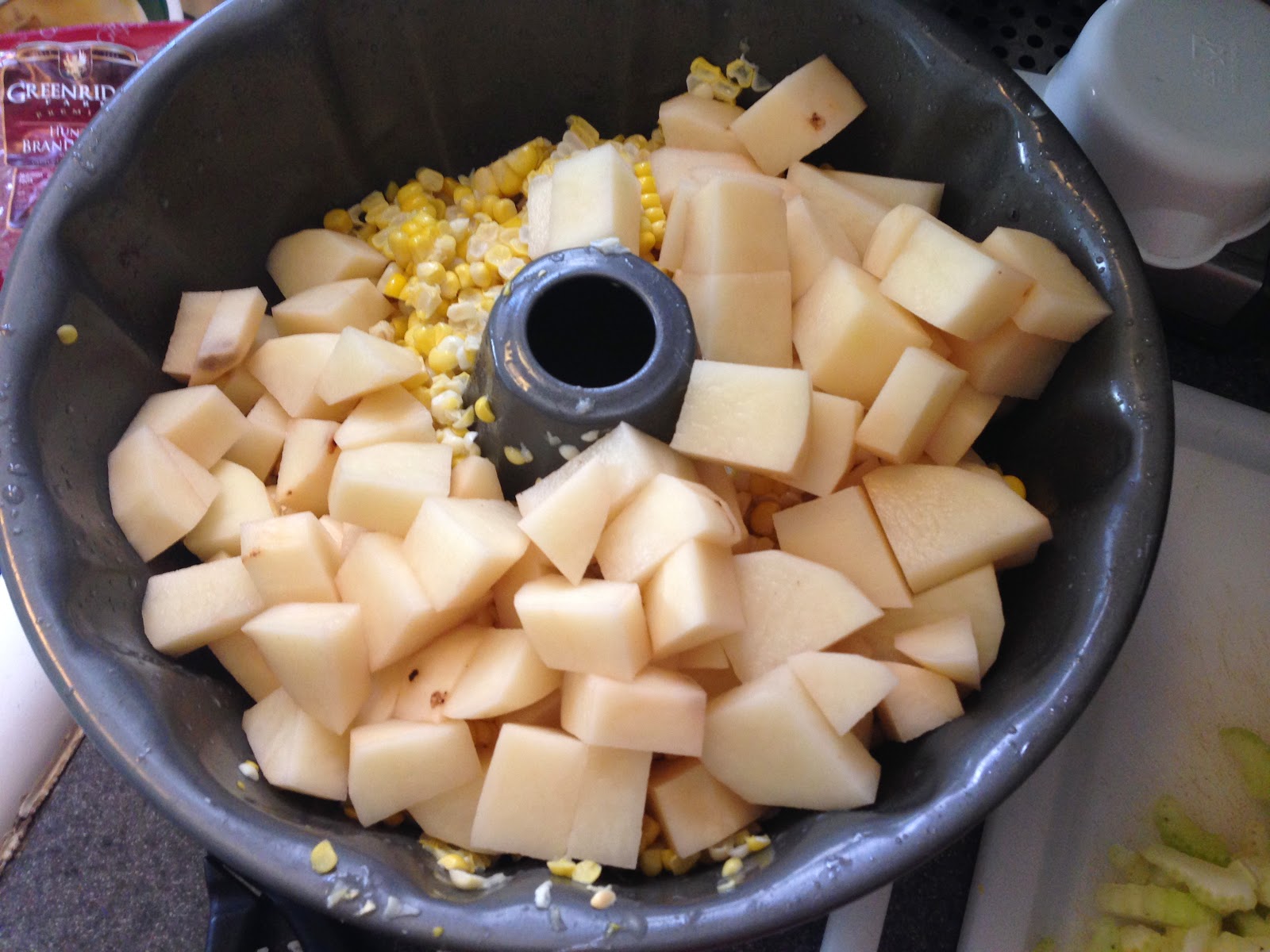 In a large skillet over medium heat, cook the bacon until beginning to brown and fat is rendered. Next, add the onions and the celery and saute until onions are beginning to become translucent. Splash a 1/4 -1/2 cup of chicken stock to the pan and scrape the bottom with a wooden spoon to deglaze it. Continue cooking until some of the liquid has been evaporated. 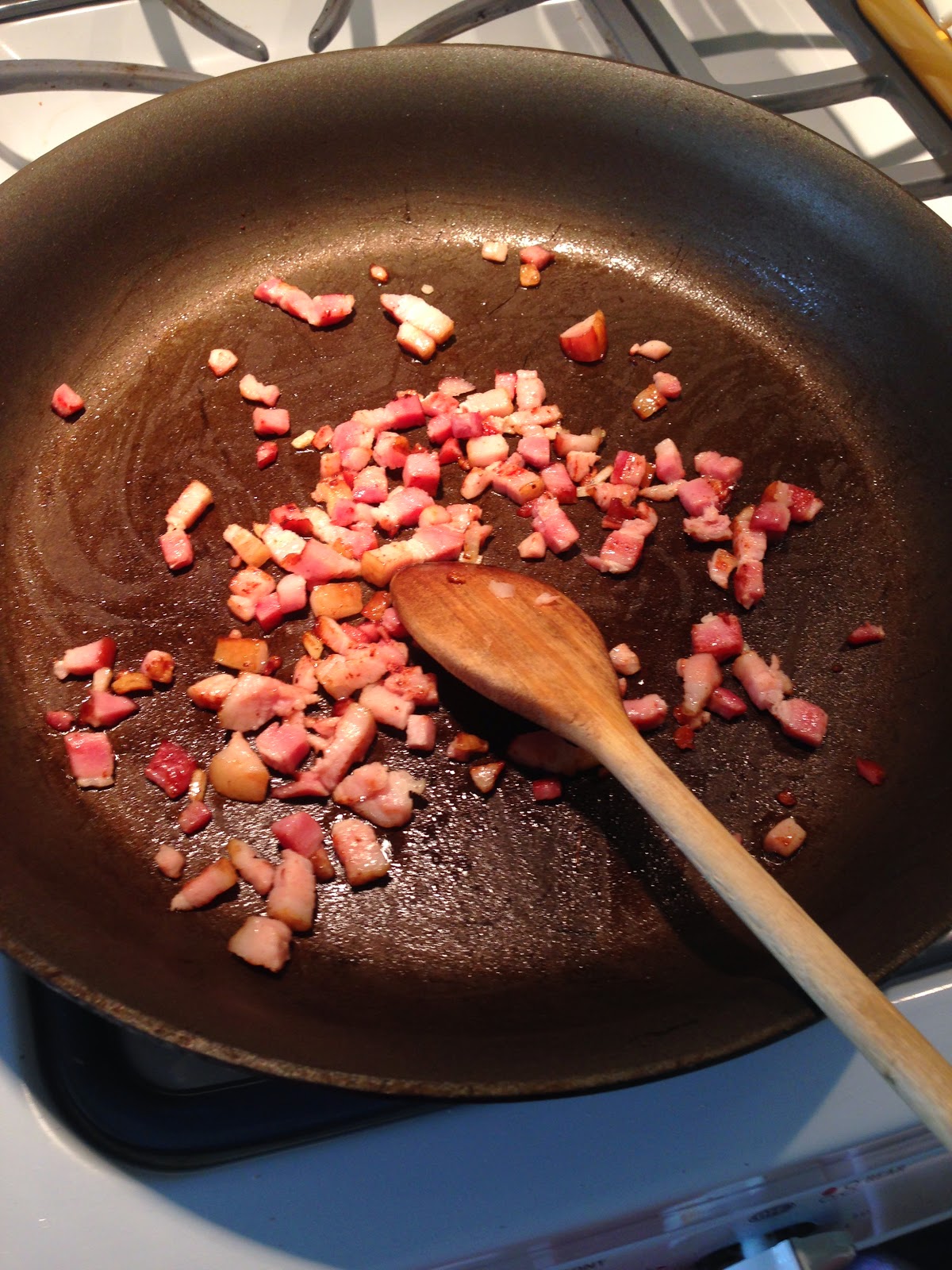 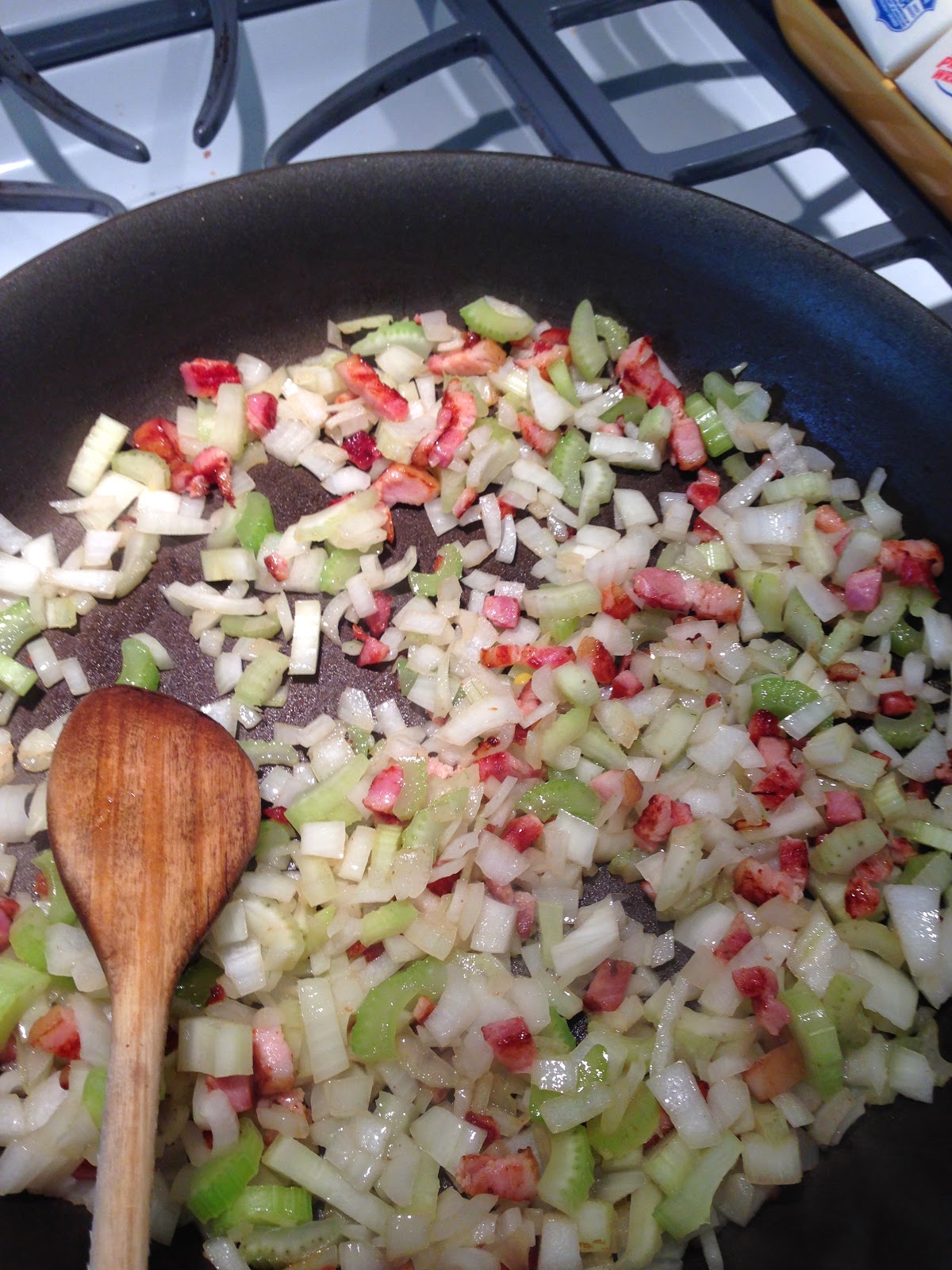 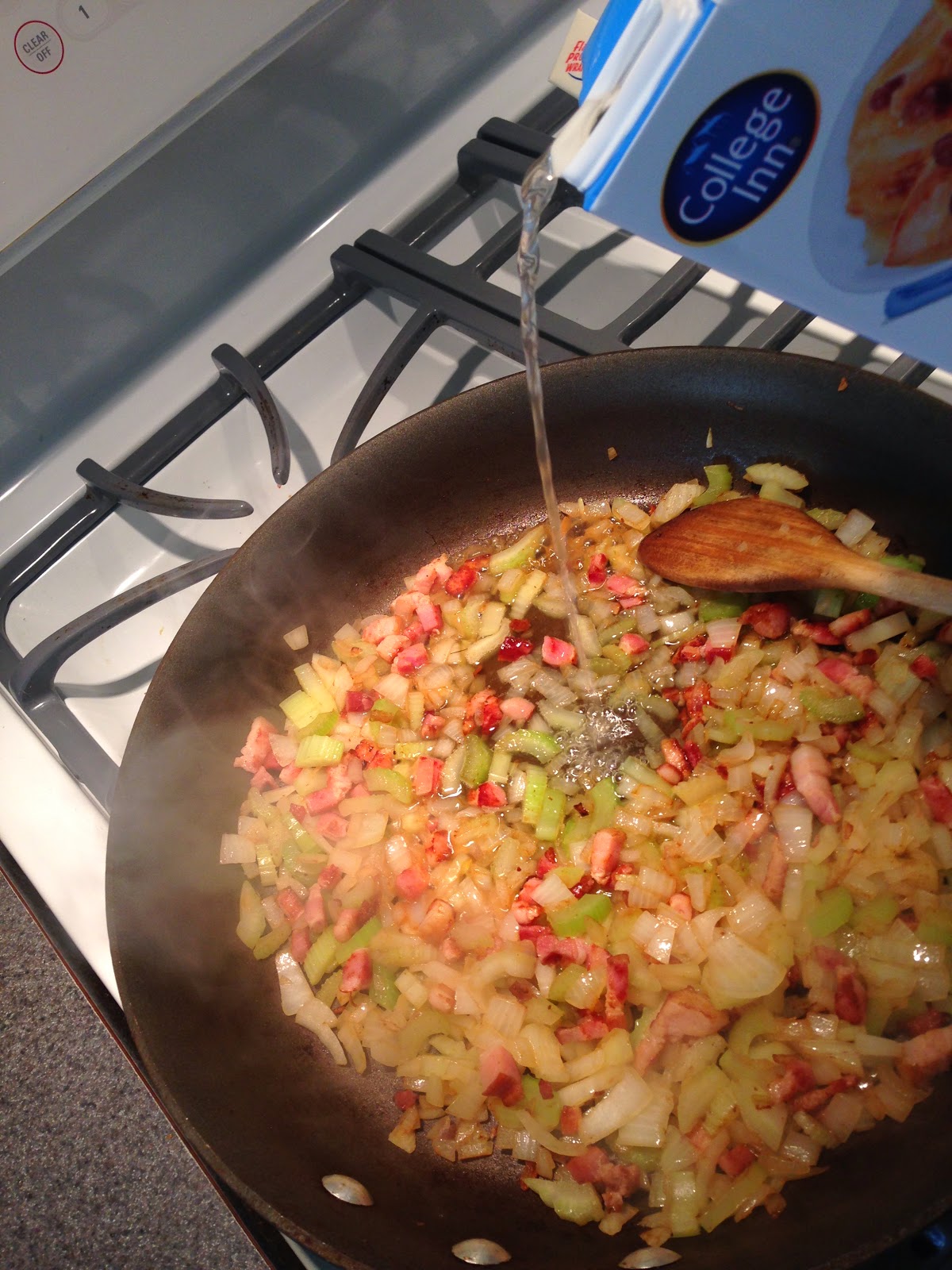 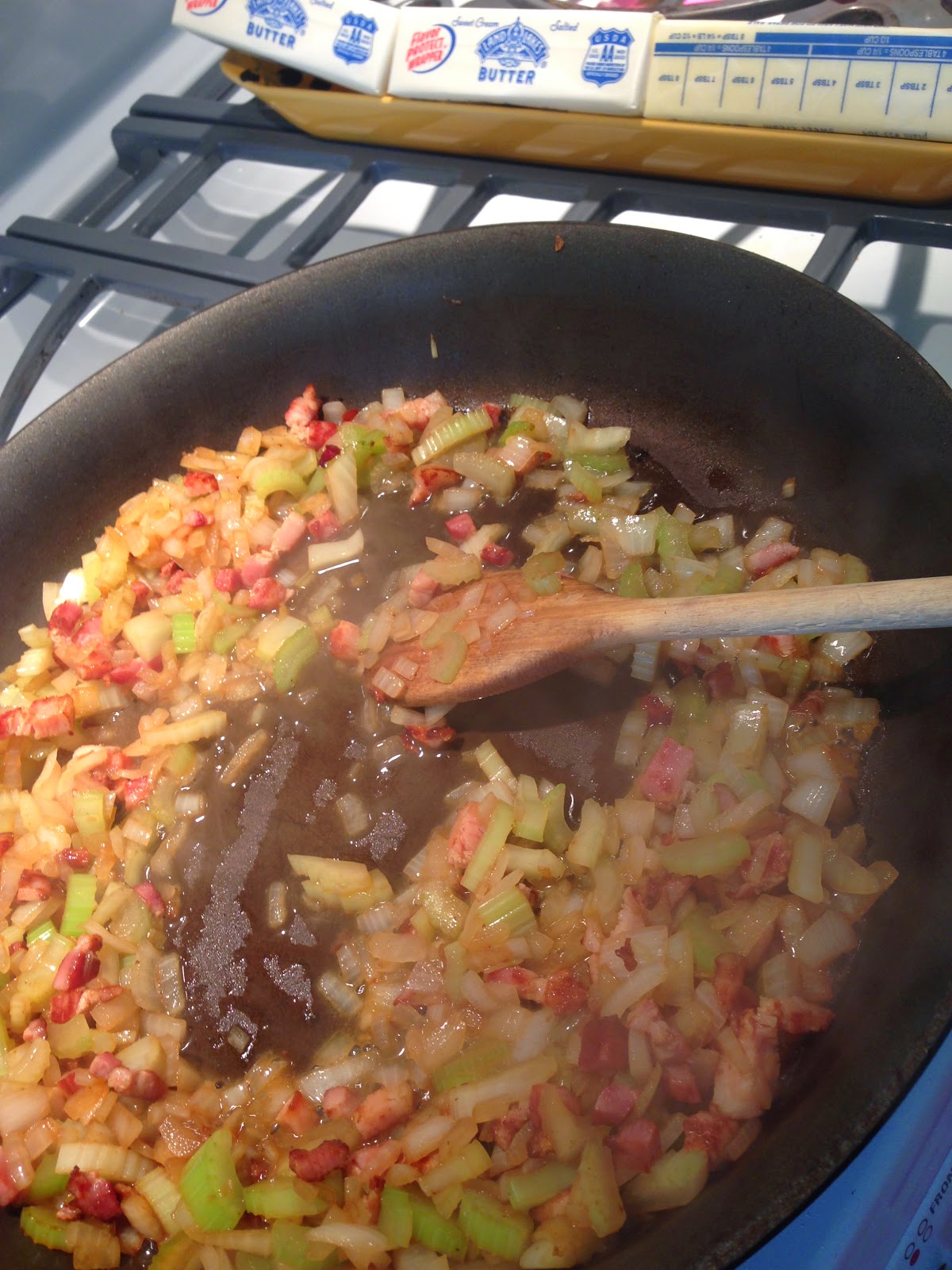 Take off the heat and add to the slow cooker. Turn the slow cooker on low and add the chopped potatoes, the corn and the rest of the chicken stock, the bay leaf, salt and pepper. 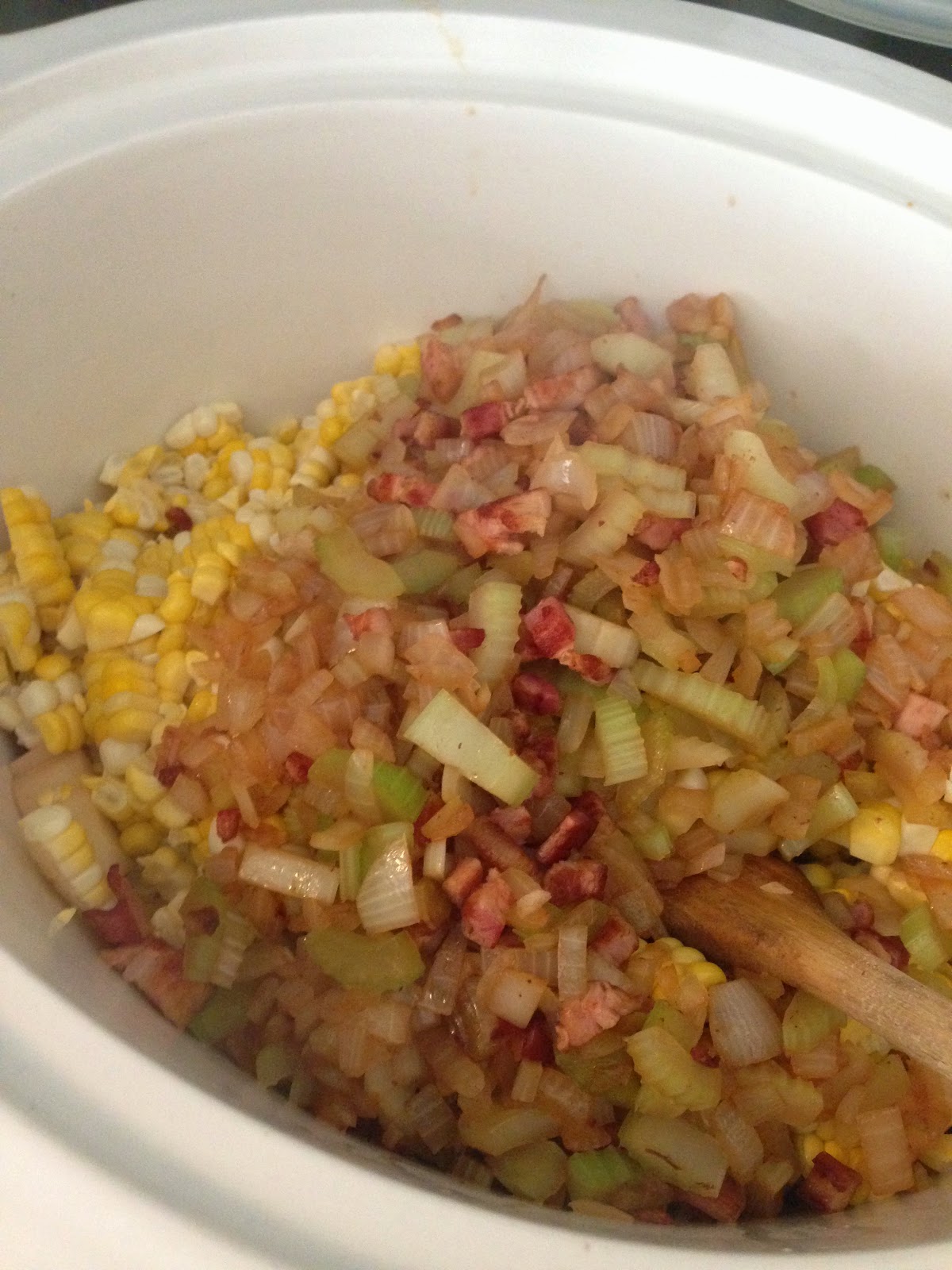 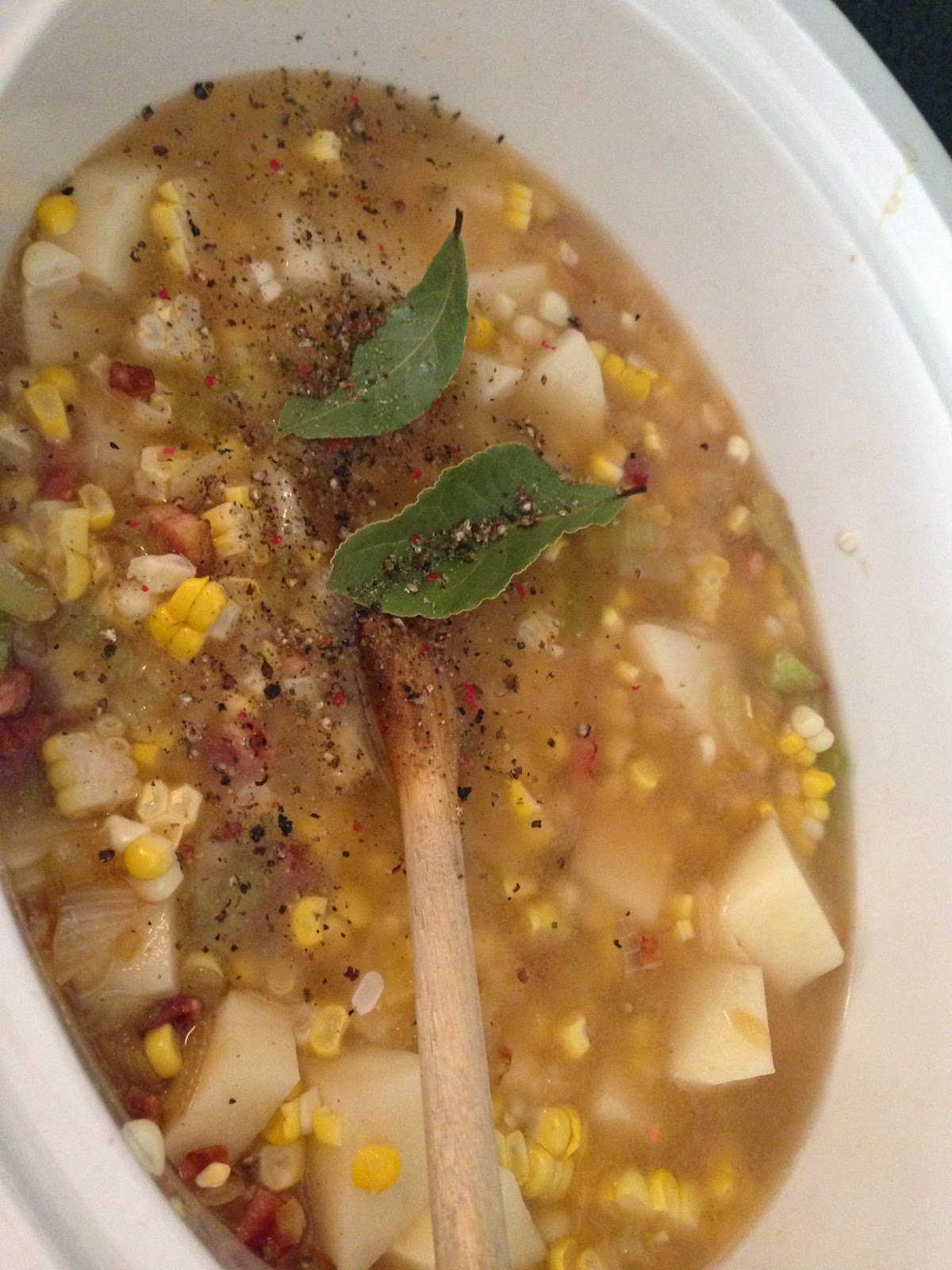 Cover and cook on LOW for 8 to 10 hours (HIGH 4-5 hours), stirring occasionally. Once the vegetables are tender and the time is up remove the bay leaves and prep the roux. In a sauce pan over medium heat melt the butter then add flour and stir to make a smooth paste. Slowly add the milk, whisking constantly to combine. Bring to a boil, whisking constantly until thickened. Remove from heat and stir in the cheese until completely melted. Gradually stir in the milk sauce into the slow cooker. Turn the slow cooker on high and simmer for 20 to 30 minutes. Ladle up the soup and serve garnished with additional cheddar cheese on top and fresh parsley.