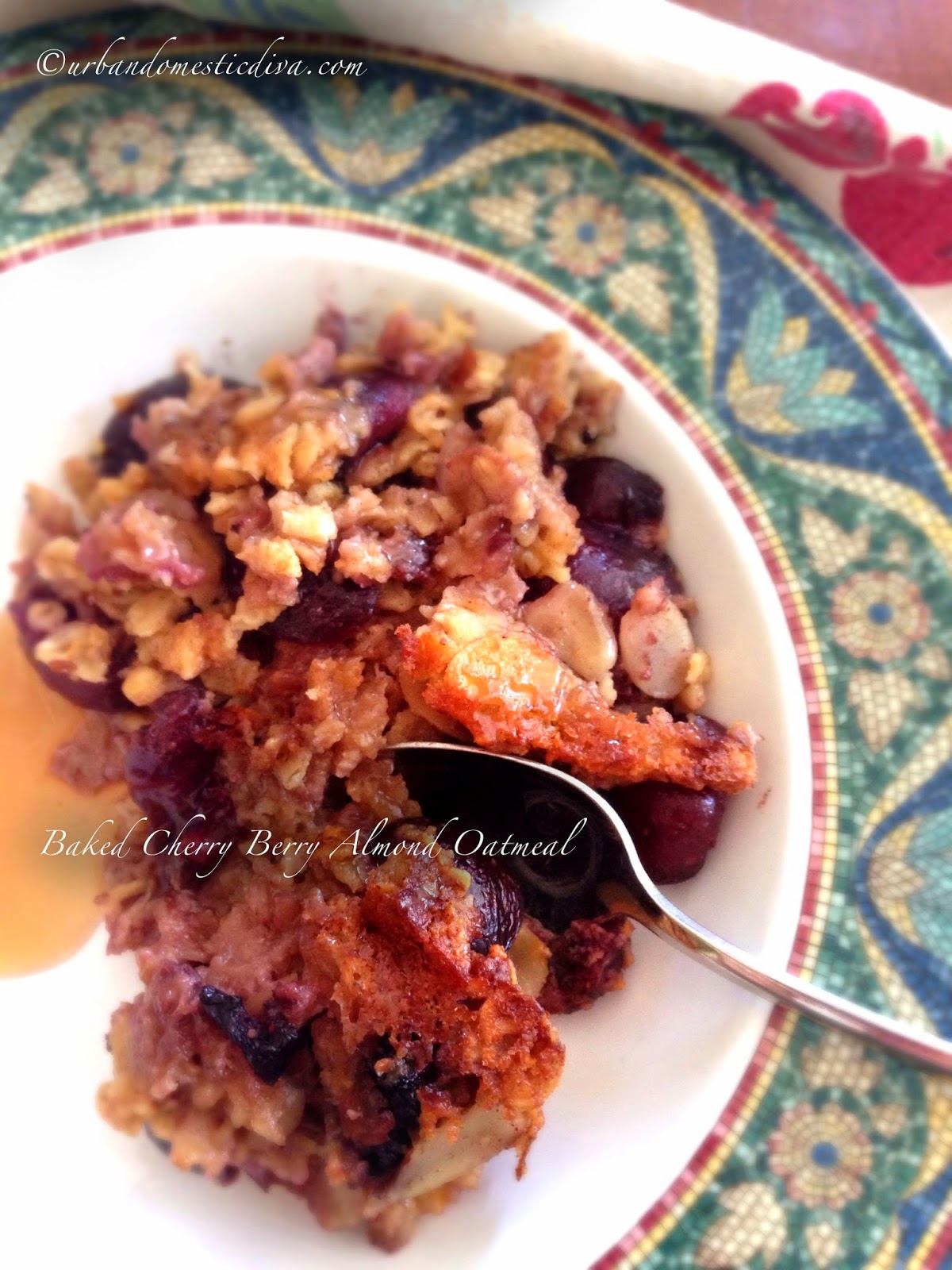 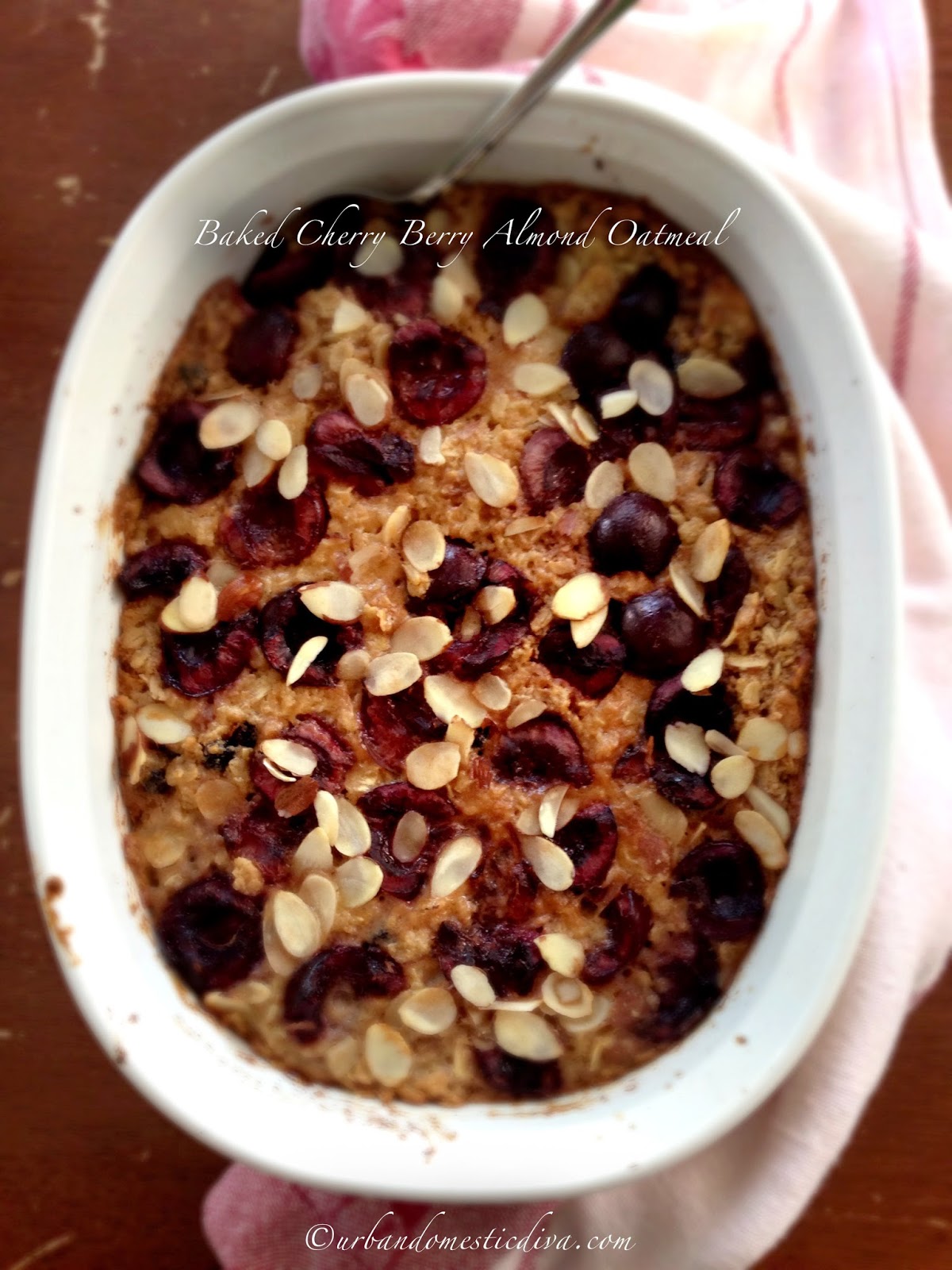 My daughter has been getting bored with the breakfast repertoire, and truthfully so have I. I read about some baked oatmeal recipes, where you can just throw all the ingredients in a pan and the oven does all the work. So I thought I would give it a try! I was over run with Bing cherries, so I wanted to use them up, and decided to couple it with some dried blueberries from Trader Joe's.

It turned out wonderfully. It was a thicker oatmeal, but you could drizzle servings with some extra milk to loosen it up if that's your speed. It almost felt like a bread pudding, but not. It was very flavorful and super easy. We also had extra to eat during the week as well.

I made this with Bing cherries, and I pitted them and sliced them the night before to make things go quicker. No one wants to be pitting cherries when they first roll out of bed-know what I mean? I need at least 2 cups of coffee before mamma goes near any kitchen gadget.

This is going to be part of the breakfast scene at our house from now on. I can't wait to experiment with other mix ins! Give it a try!

This recipe was adapted from a great food blog I found, lottieanddoof.com

Directions
Preheat oven to 375° in an 8 x 8 baking pan or oblong casserole – spray with nonstick cooking spray and set aside. In a large bowl mix the oatmeal with the almonds (reserve 2 tbsp almonds for the top) brown sugar, baking powder, cinnamon, salt and dried blueberries. Set aside. In another bowl, mix the milk, egg, butter, almond butter and vanilla. Whisk until well combined. The almond butter will separate but that's fine. It'll bake into the oatmeal in the oven, do not worry! 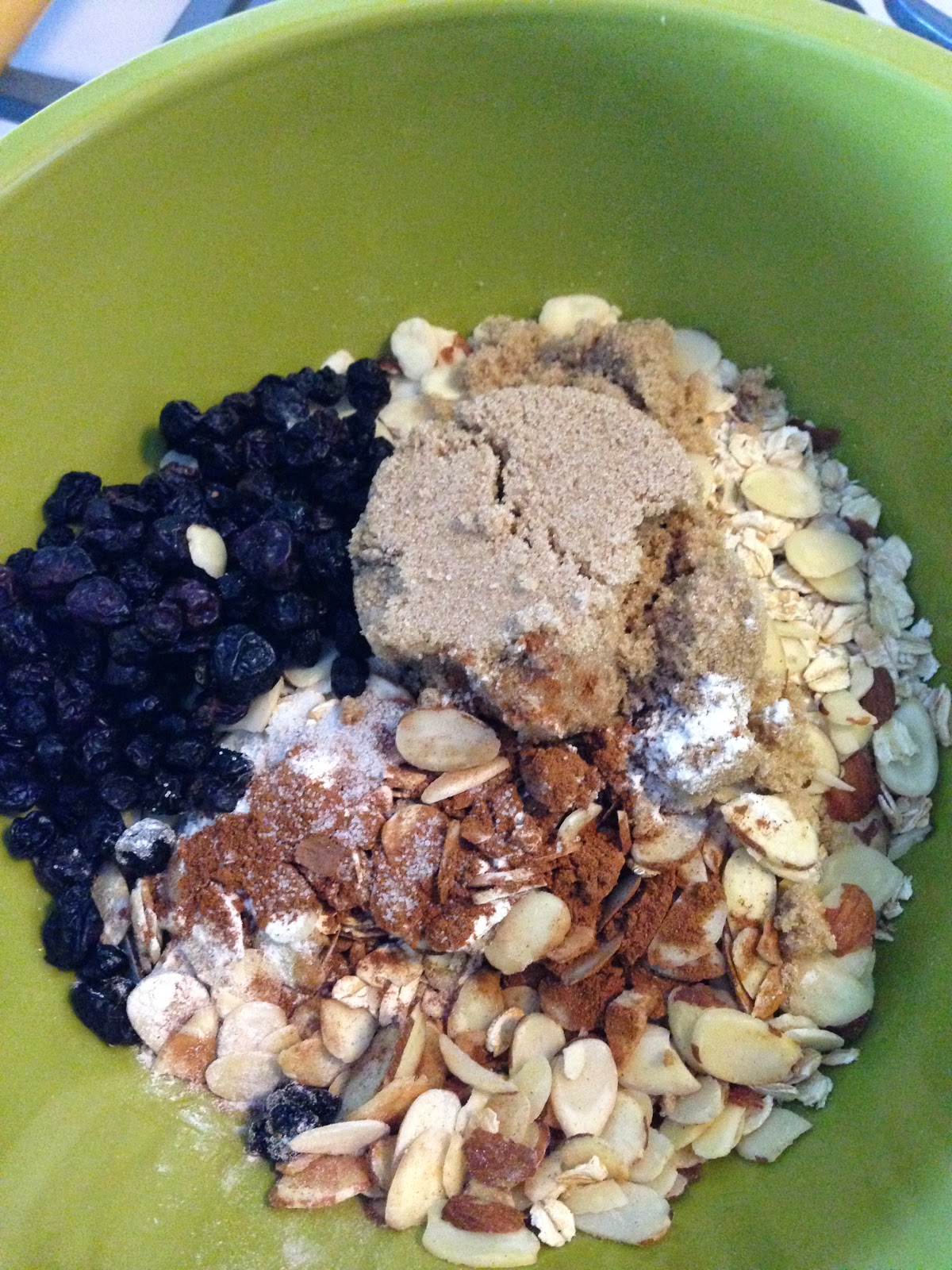 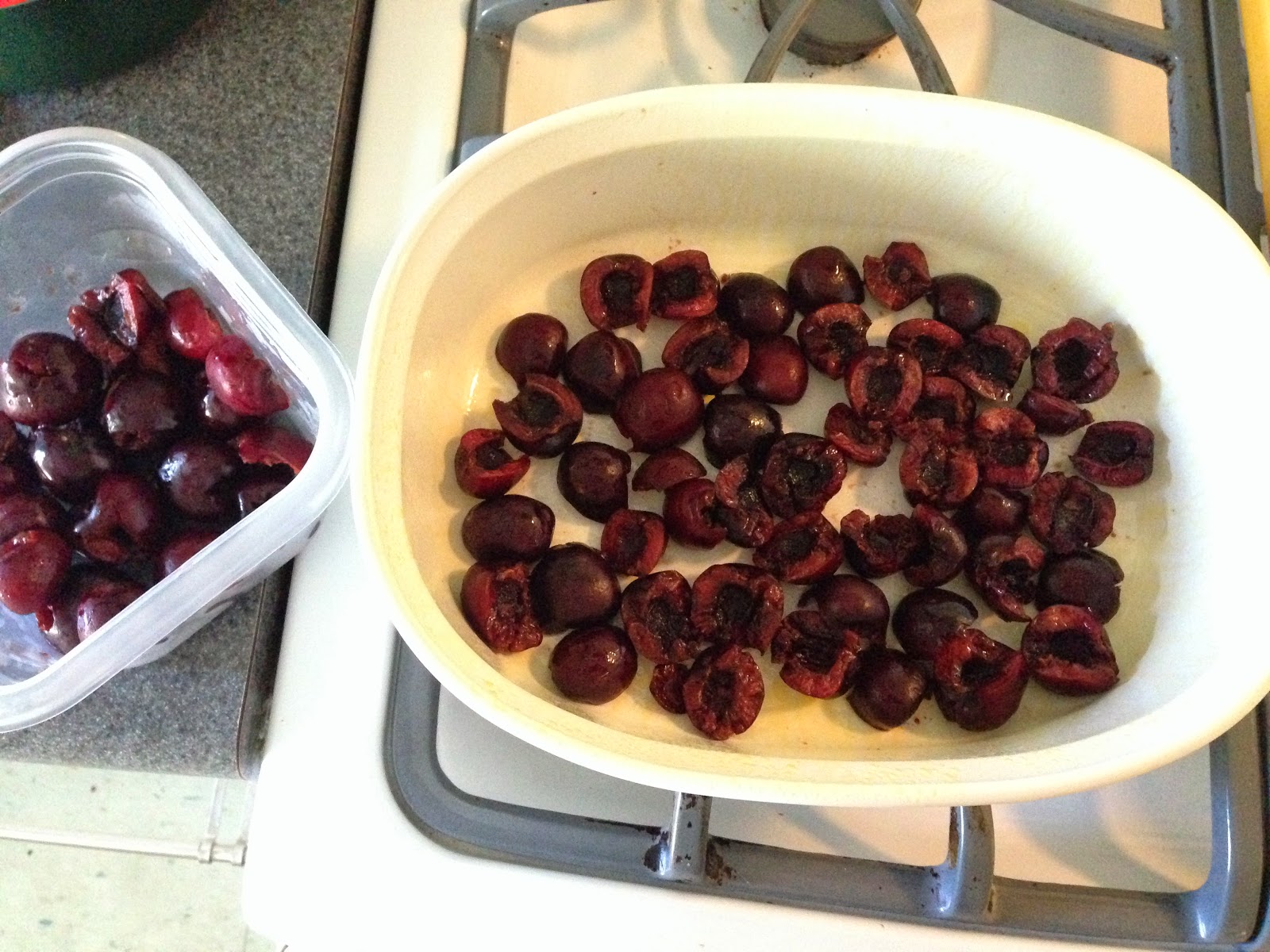 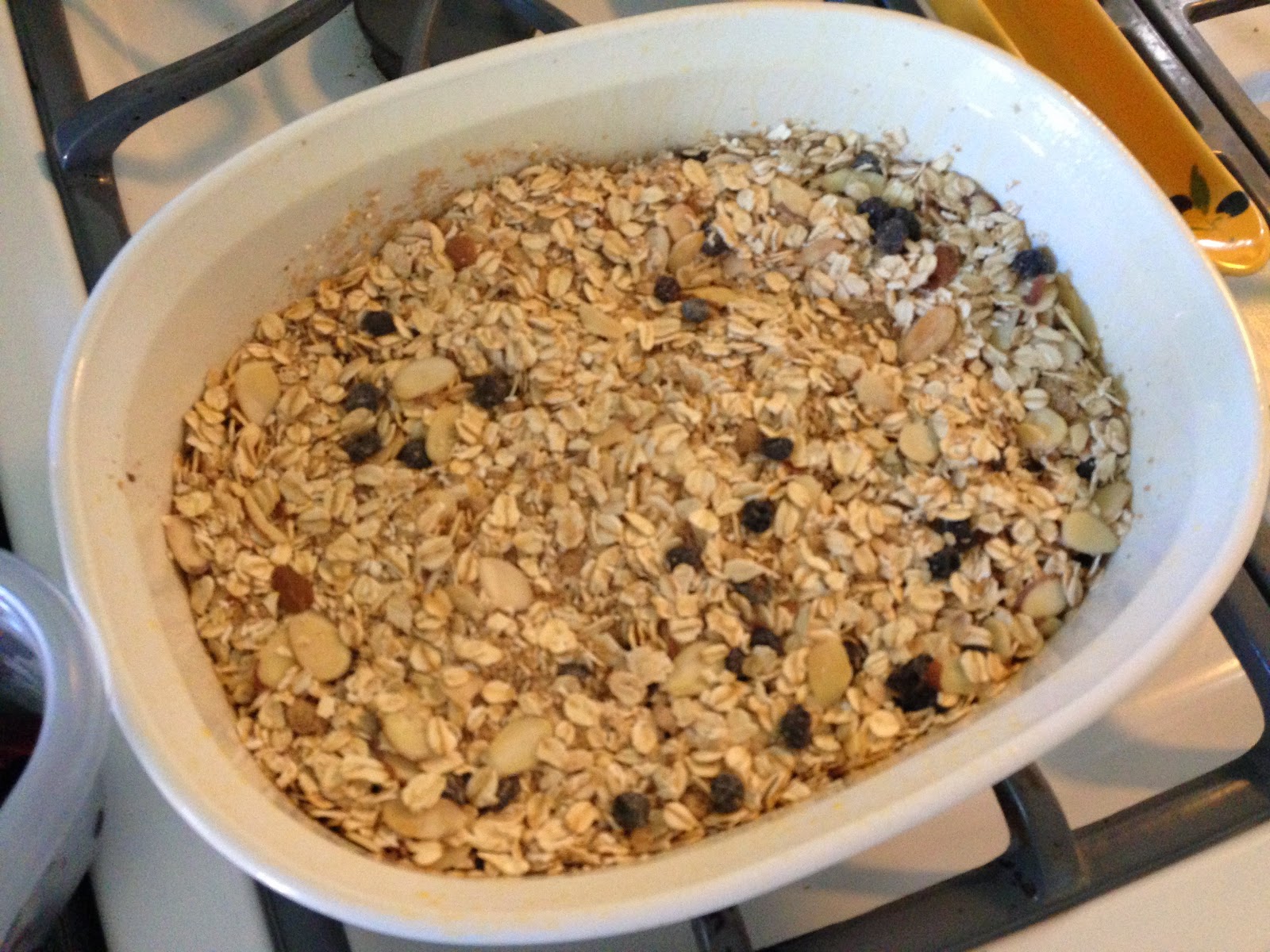 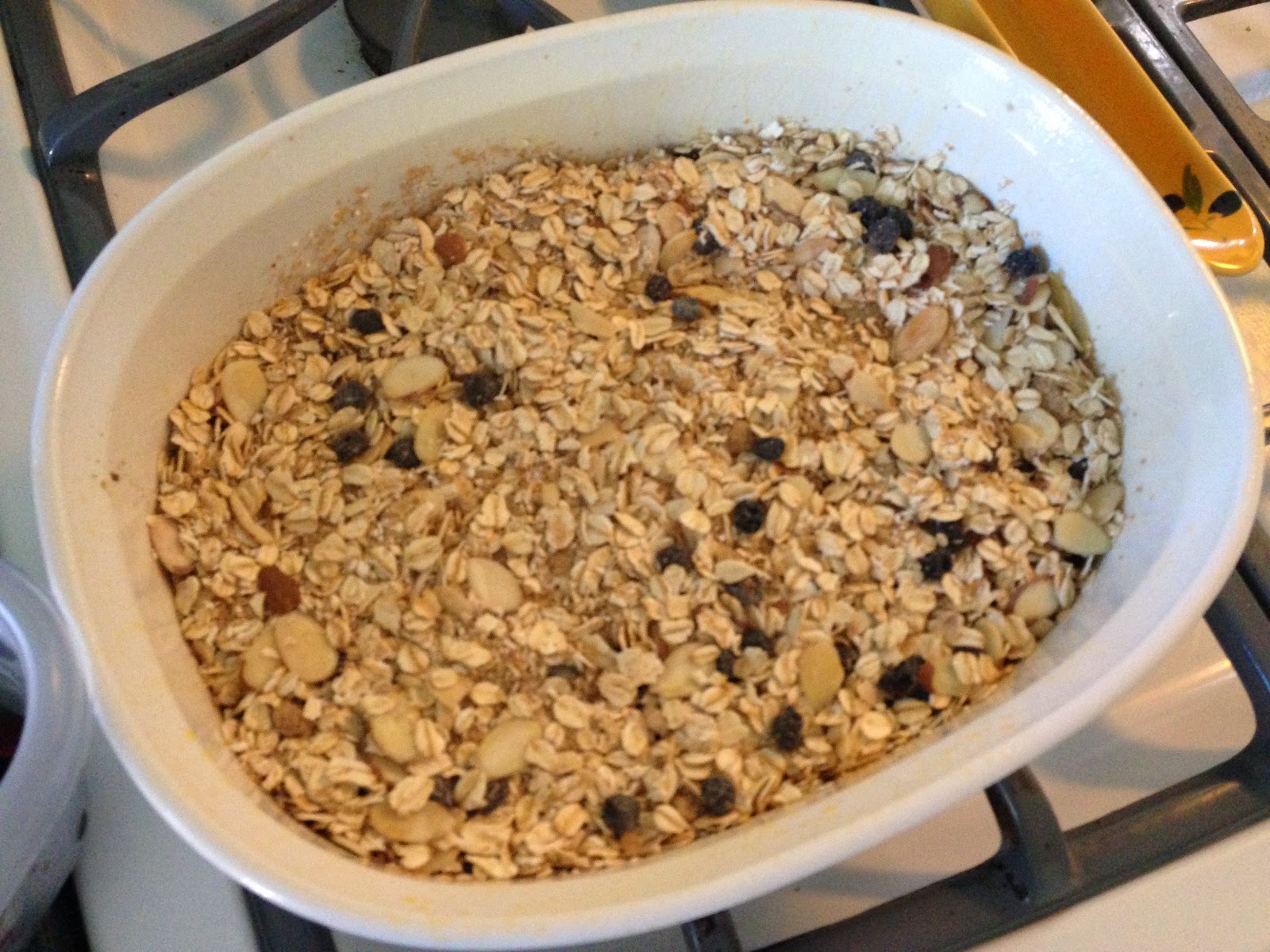 Use a spoon if you must to make sure that the milk gets soaked by the oatmeal by gently pressing down on the oatmeal in various areas along the top. Finally nestle the remaining sliced cherries along the top of the oatmeal. Take the 2 tablespoons of reserved sliced almonds and sprinkle them along the top. Bake in the upper third of the oven for 45 minutes, until top is golden and oatmeal is set. Let the oatmeal cool slightly and serve warm with extra milk or maple syrup for drizzling. 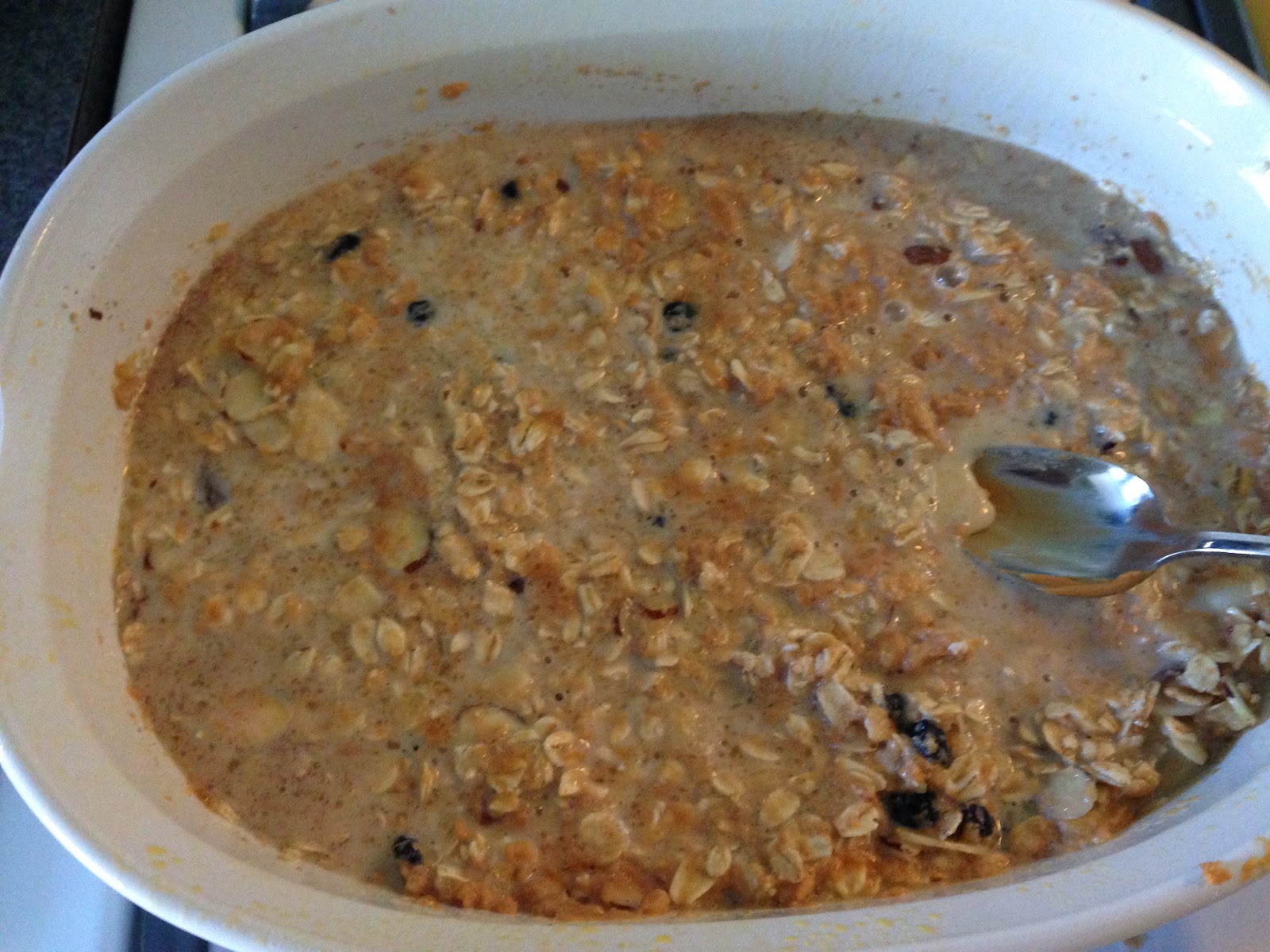 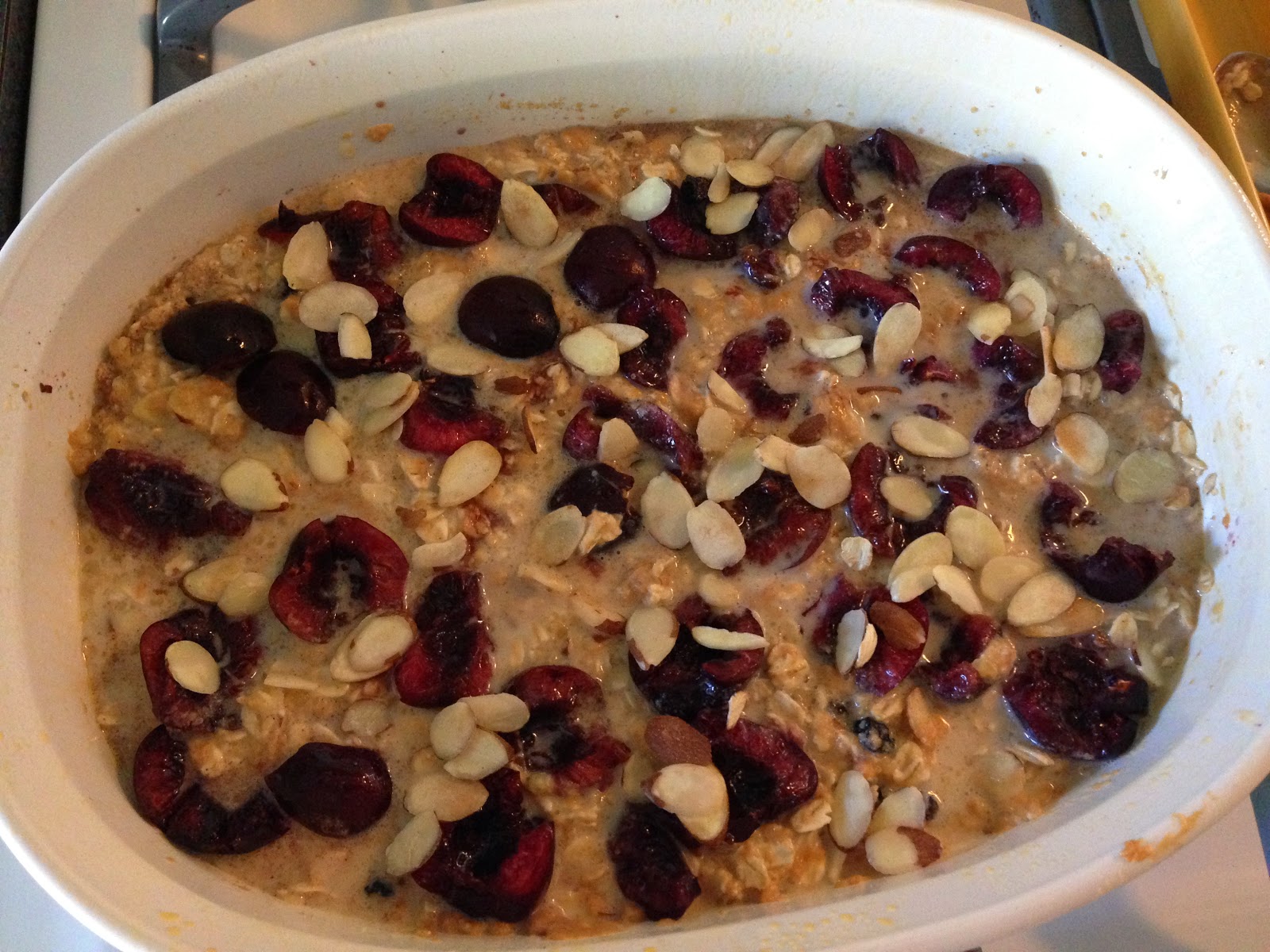 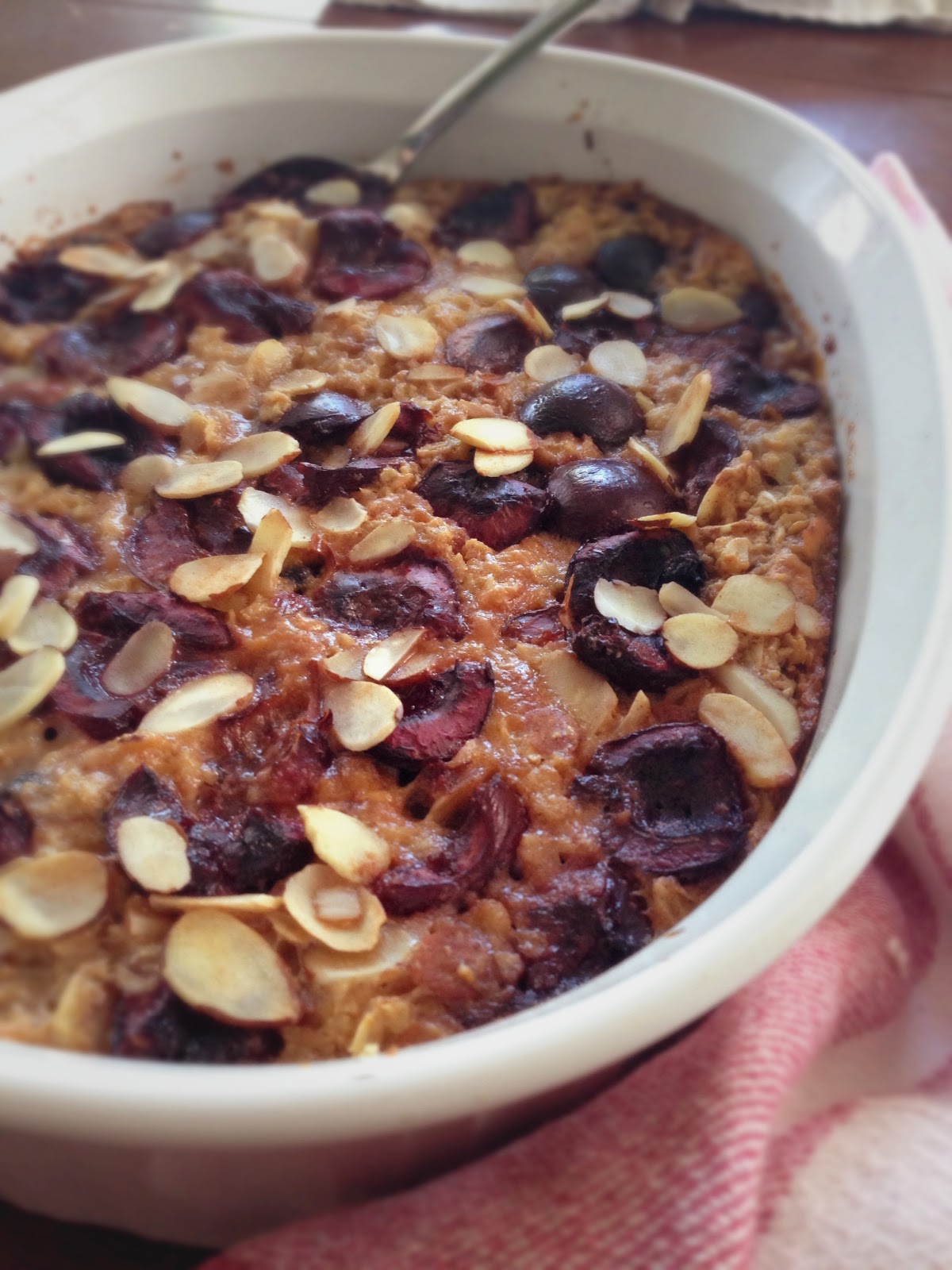