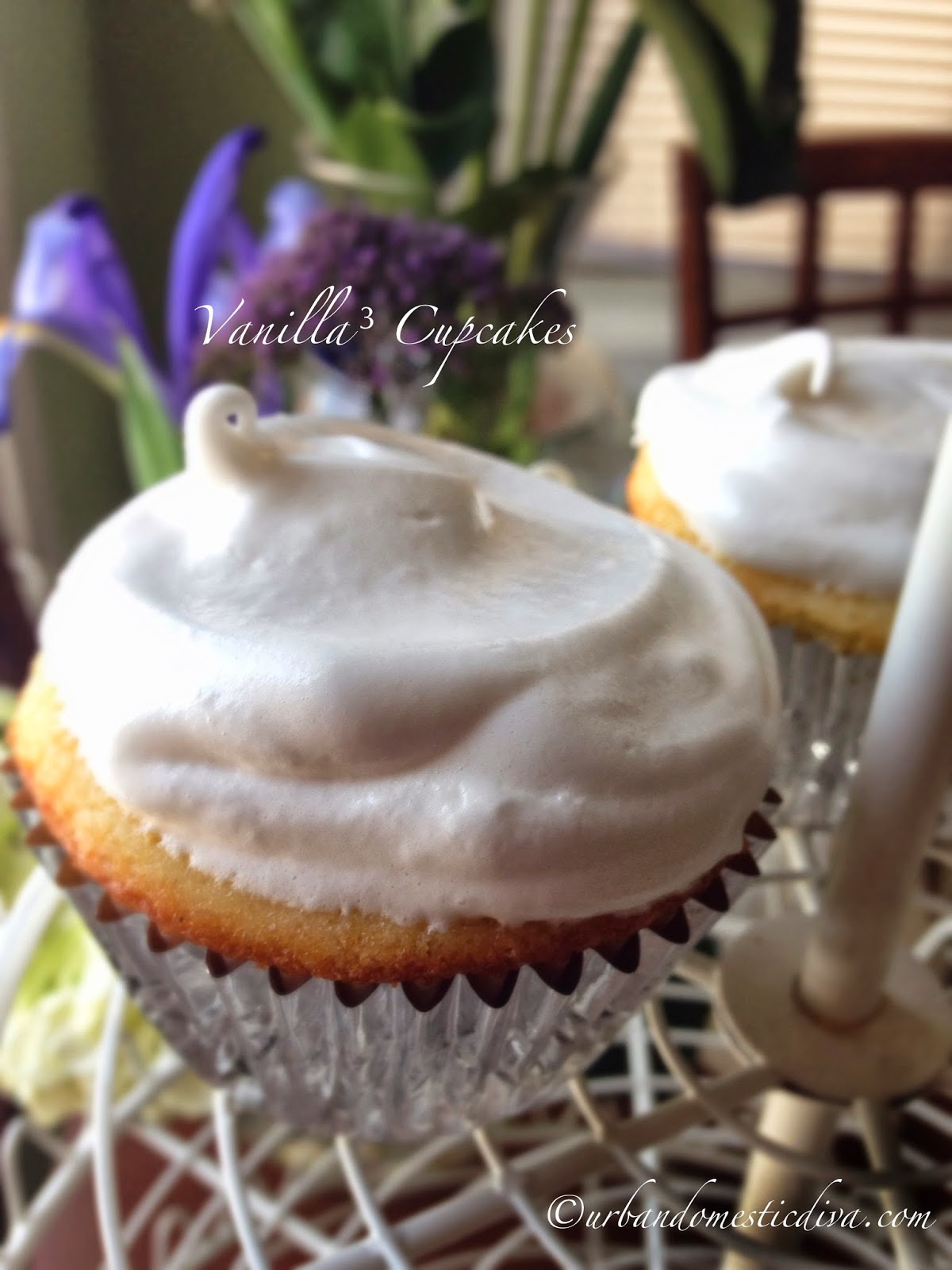 These were adapted, and adapted again, from a notable bakery called Billy's. The frosting is an easier version of "7 minute frosting". It creates light, fluffy clouds of mallow laced with vanilla atop buttery, tender cupcakes.

I got a big thumbs up from my nephew. and that's not easy.

In a large glass measuring cup, whisk together eggs, milk, vanilla extract and vanilla seeds from the vanilla bean. With mixer on medium speed, add wet ingredients in 3 parts, scraping down sides of bowl before each addition; beat until ingredients are incorporated but do not over beat.

Divide batter evenly among liners, filling about two-thirds full. Bake, rotating pan halfway through, until a cake tester inserted in the center comes out clean, 17 to 20 minutes.

Transfer to a wire rack to cool completely.

Place the sugar, water, vanilla extract and cream of tartar in a small saucepan over high heat and stir until sugar is dissolved. Bring to the boil, reduce the heat to medium and simmer for 3 minutes. Then, let the syrup cool for 10 minutes. Meanwhile, place the egg whites and salt in the bowl of an electric mixer and beat until soft peaks form. While the motor is still running, gradually add the sugar mixture and beat until thick and glossy. Spread the icing over the cream filled cupcakes with a palette knife. Store at room temperature covered with plastic wrap. This kind of frosting does not do well refrigerated.
Email Post
Labels: 7 minute frosting Billy's vanilla cupcakes birthdays cupcakes entertaining treat vanilla vanilla bean