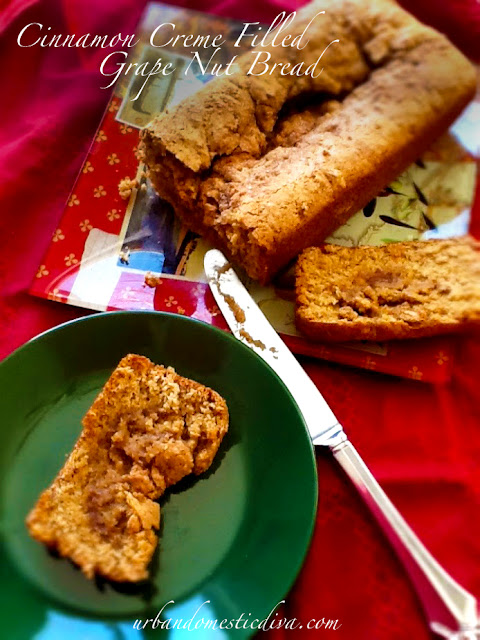 You gotta love when you buy some specific product for some specific scouting project, and now don't know what to do with the rest of it. That happened to me with a box of Post Grape Nuts. Let's face it, not a cereal that makes you wanna get up in the morning and say, "YUM! Can't wait to pour myself a bowl of Grape Nut deliciousness!" It's a far cry from Cinnamon Toast Crunch-know what I mean?

But it is healthy, and it is crunchy. So I began wondering what else I can make with it. I came across a Grape Nut bread recipe that used to be on the box years ago. It seems to have been passed around the interwebs through the years. I messed with it, and added a soft cinnamon creme for the center of the bread. Because of the middle, it may fall in a little, but it is still yummy and healthy.

I still have half a box left (sigh). Trying cookies next. 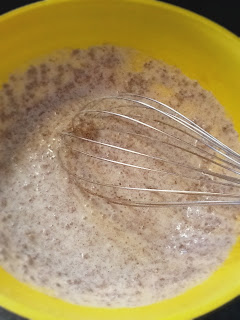 Preheat oven to 350˚. Spray 2 loaf pans with nonstick cooking spray. In a medium bowl, mix the yogurt, milk, cinnamon and vanilla. Add the Grape Nuts to this mixture, and combine. Let it sit for 10 minutes. 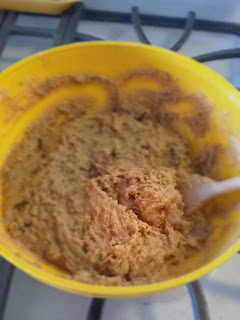 Meanwhile, mix together both flours, baking soda and powder and salt with a fork in a bowl. Set aside. 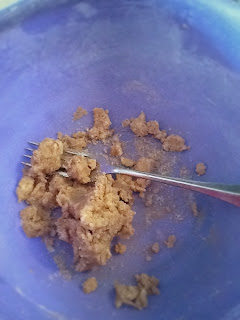 Make the filling. Beat the butter with a fork. Add the sugar, flour and cinnamon. Mix until a creamy paste. 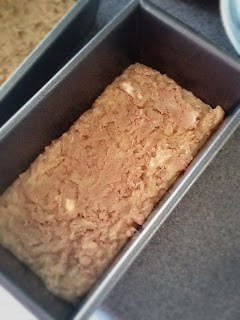 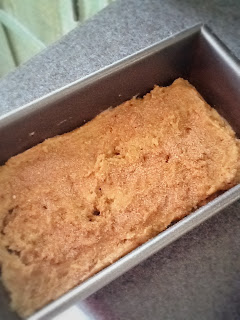 Bake for about 35-45 minutes, until breads are risen and lightly golden on top. Let cool on wire rack.