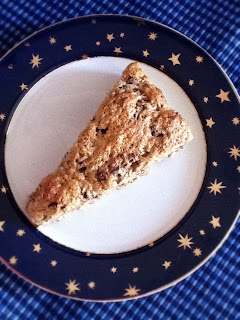 I felt the need to bake this past weekend. I don't know if it was to celebrate the end of the school year (surviving it, more likely!) or if it was the promise of a gorgeous summer day. But for some reason, my kitchen and garden were aflutter with activity. I made these scones to use up some whole wheat flour and buttermilk I had. I cut back on the sugar to make these healthier, but my husband did not like them. He thought they were too healthy (men). So I will notate double the sugar that I used so your significant others will be happier than mine was. But just know you could go less if you wish. I also wanted to create a "cinnamon chip" experience, similar to the cinnamon scones you get at Starbucks. So I coated the pecans in a cinnamon-sugar coating before toasting them. If you are short on time, you can skip this step. Then just throw the pecans in with cinnamon right into the batter and call it a day. 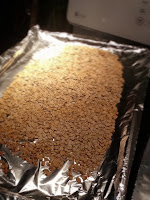 Preheat oven to 400˚. On a baking sheet, toast the oats until lightly golden (5 minutes or so). Cool. 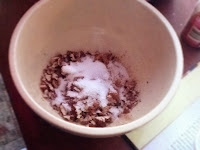 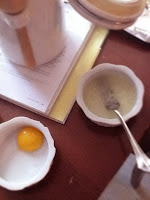 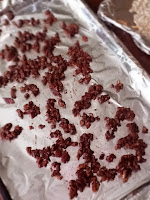 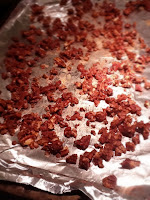 Whisk the egg whites with the water until foamy. Pour half of the mixture over the pecan chips in a small bowl, and toss to coat. Reserve the rest. Over the coated nuts, pour the cinnamon and sugar, and toss to coat evenly. Sprinkle them onto a small foil lined baking sheet, separating them out. Toast lightly in the oven until just getting golden. (400 is a little hot, so keep a eye on these guys and make sure they don't get overdone. You may want to lower your temp for them.) Let cool. 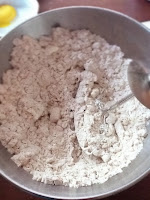 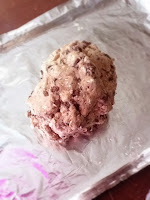 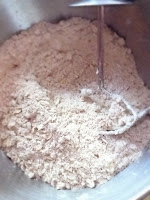 In a large bowl mix the flours, sugar, baking powder, baking soda, salt and oats. With a pastry cutter or two knives, cut in the butter until it resembles coarse crumbs. Stir in the pecans. With a fork, mix the buttermilk add egg yolk together in a small bowl. Stir the buttermilk mixture into the flour mixture until combined and things begin to come together. Then use your hands to lightly knead the dough until it holds together into a ball. 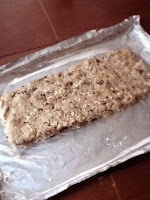 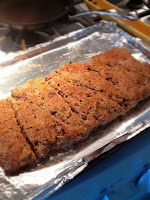 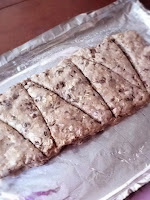 Transfer dough onto your prepared pan. Press and shape into about a 14"ish long rectangle. With a knife or dough scraper, cut the dough into triangles. Brush the tops with the remaining egg white mixture. Sprinkle liberally with extra sugar on top.

Bake until golden and center comes out clean, about 25 minutes. Separate the scones and serve warm with butter and jam.