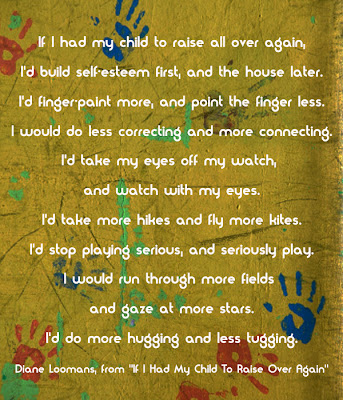 4th grade is not an easy grade, but I am wondering as of late if we adults make it even harder by adding unrealistic expectations of extracurricular activities on top of aggressive academics. It seems most schools have accelerated the curriculum that would have been a grade level higher for us when we went to school. My daughter is surely under pressure to keep up with her older classmates (she is on the younger side of 4th grade). But outside of classwork, my daughter has had a full plate of other activities. She seems to take after us! We over commit to everyone and want to have our hands in everything! The difference is, we are in our 40's. She is only 9 1/2. All those commitments have a level of stress that only a certain level of maturity can handle.

If it were up to my monkey-girl, she would be in everything. And shame on us, we let her try it all. At the start of the school year, she was in Girl Scouts, Book Club, karate and piano, and quickly added "Green Club". Three months into the school year, she wanted to add basketball to her plate. Then after two weeks of all of it, she came to me and said she felt the need to drop karate to stay in basketball. I was about to tell her the same thing! I was pleased that she actually beat me to the conversation and showed some maturity.

Then as the season progressed, basketball became all consuming. In our school league, it is a very serious sport. Practices changed in November to be twice a week, 1 1/2 hours each time. One of those practices landed on a Sunday from 4:30-6 p.m. And shockingly, as I left the gym with my tired daughter, the 5th grade girls showed up to practice until 7:30! I mean, this is a school night, right? Now add games on Saturday...sometimes a double header. Games are full court, and they do "press". There are also playoffs that take place in March. So not only were we as parents running around with the basketball schedule, but so were our kids. She was not having any down time at all. As she became grumpy about practices in December, I lectured her about commitments and not being a quitter. I pondered how there were children in her class that even were in band and choir on top of it all. Why couldn't she keep up? Why was she a frazzled mess?

So here was where our epiphany came. And God bless her, it came from our poor daughter's meltdown. Her last basketball practice, with 2 weeks left to the season, was a disaster. She just pretty much went on strike. The coach did not know what to do with her and my husband got an earful at pick up. She was also acting out in school that week as well. She was angry and frustrated. When I got home, she had been crying all afternoon. I laid into her and through tears she explained she did not want to disappoint me but basketball was too much. She had no down time anymore. She said if it was a nice day on a Saturday, she couldn't really enjoy it because she was running around to school gyms all day. She couldn't visit her best friend, her favorite cousins or my parents on Sunday anymore because of mandatory practice that night. All those things that bring joy and happiness to a child's life had been harder to fit in our schedule.

So I reluctantly agreed to let her drop it but I told her I needed her to meet me halfway. I needed to see improvements in her attitude, temper and behavior. As I sat that night with a cup of tea to "chill out" after the drama, I remembered a conversation with another mom at our school about the 4th grade class. She said, "What is up with this 4th grade? They are angry, belligerent and obnoxious! You usually don't see this behavior until 6th grade! It's so weird!" I laughed and said, "It is so good to hear I am not alone!" As I sipped my tea, it dawned on me. All the kids in my daughter's class are "overachievers". Many of them are in multiple activities that run the gamut from sports, music, church programs, scouting, and various clubs. And on top of it they have to deal with a growing amount of classwork and school responsibilities. I did not have that kind of load growing up until middle school. I think all I worried about in 4th grade was school and playing outside! I attended park district classes but they were only 6-8 week sessions and once a week at the most–no pressure to "make the play-offs" and nothing long enough to get sick of. Maybe we are all demanding too much from this age group? I am not sure. But I know my kid, and it seems she needs more down time and quiet time than other children. I have to do what is right for her and not worry about what other parents do. So, we cut out everything except piano and Girls Scouts. Our family refocused on school and behavior.

After a slightly better-but-still-rocky week after the "melt down", we had another epiphany. Our days as humans of this century are filled with a multi-media onslaught, especially for our children. So we decided to take other distractions off our daughter's plate as well. We cut out cartoon shows, video games, iPad and computer time (unless it is for school work) indefinitely. I wanted to see if we had a more focused, calmer child by cutting all this out, too.

And it has been a very interesting first week. I am not going to say it is easier on us. In fact, because she is an only child, it is a lot more work for us. It was a lot easier to just plop her on the computer for an hour and go do the laundry. But some really good things have been happening. She is occupying herself in other ways. She made a homemade puzzle/maze book. She has been working on a model airplane with her father. She made a list of chores (unprompted) with monetary values attached so that she could save up for a game to play when she finally gets her video game privileges back. She has been doing chores all this weekend. She wanted to learn how to do the laundry. She practiced her piano a lot more, unprompted. She has been loading the dishwasher, unprompted. She reorganized her closet. She made a donation pile of books for the upcoming book drive. She is playing with our cat and taking better care of her fish. She is reading more. She has had much better behavior reports this week from school. We still have our yelling jar, and she barely has to add money to it this week.

I told my husband I don't want to go back. We have allowed her this weekend to watch 1 hour of a movie with us as a family before bed. But I want to keep it to just that. We will have to see how long we keep the video games and computer at bay. Even if we do allow them back in her life, I think we will have them tightly regulated as far as time. But it will not be anytime soon. After all, I love help with the laundry, and I think our cat enjoys her new playmate!
Email Post
Labels: 4th grade trials kids extracurricular activities less stress overscheduled kids simplify your child's life sports