PARENTING: When you stop yelling, you stop the yelling 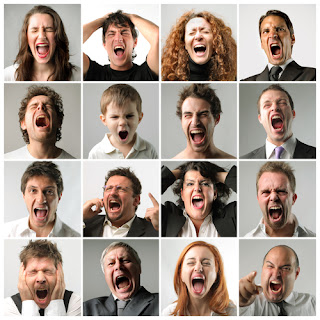 The transition into 4th grade for us has not been an easy one. Our daughter has been forced to grow leaps and bounds to keep up with her older classmates. It seems there is such a difference between 9 and 10 year olds. My daughter is one of the younger 4th graders. Her challenges have run the gamut from resolving social conflicts with the gaggle of girls that she has never been able to connect with to all the new pressures of the advanced academics that our school imparts. For 6 weeks before Christmas, we were at our wits end. It seemed that our daughter was having some real alienation issues with the girls, well...one in particular (isn't it always really just one?). It seemed that she became the brunt of "fat jokes" in the locker room, and was singled out to be ignored during basketball practice and recess (and these are just the highlights). She would be in tears every time I picked her up from practice.

As things escalated as I tried to alert the coaches and teachers as to what was going on, I received some disturbing feedback about our daughter's behavior as well. All the growing conflict began to make her feel victimized, blowing everything out of proportion and becoming defensive and disruptive. It turned out, she was yelling a lot; at the teachers, her classmates, even us. I understood, she was angry and hurt. But all this was causing her to be very difficult at school and at home as well. She was lacking focus. She was talking back to us as, which caused us to just yell louder over her to be heard. We had been seeing an escalation of tempers and conflict, and it was not pretty. So two things happened.

One, our homeroom teacher decided to help Carla deal with how she reacts to situations. She created a journal for her to carry to each classroom. Each teacher would write down her behavior, good or bad, to bring home and share with us. Then we all could discuss how better she could have reacted to situations. She wanted Carla to be more self aware, and realize she can control her reactions to things, even if she couldn't control the other children and how they behaved towards her. But as she regained control of herself, she may turn around some of her relationships at school. Of course, the first entry was abysmal. But what jumped out at me out of all her behavior that day was more of the yelling. And as I was reading it, she and my husband started to yell at each other about something in the other room...I don't even remember what. And it dawned on me, she is learning it here! She is learning how to deal with conflicts by just yelling more, like we seem to be doing.

So this leads me to the second thing we did. I walked into the dining room and said, "This family is starting a yelling jar. Each time someone loses their temper and yells, 25¢ goes into the jar." Carla seemed fine with it. My husband said to me, "I don't yell." Well, hello irony! He owed the jar 75¢ within the hour. Of course, his response was "Well, she MAKES me yell."

Within the first day, we had quite a bit of change in the jar. Each day, however, there has been less and less. The jar made us all self aware of our own behavior. I think it was quite eye-opening, especially "Mr. I don't yell" husband. And we found that if we kept our cool, and dealt with our conflicts in different, better ways, our daughter would learn the same. And it seems she has.

Since school has started back up again, the journal has been a lot more positive. Even my husband said Tuesday night that we have turned a corner during homework time. She seems more in control, more focused and more positive. Even the basketball coach wrote me a note saying that our daughter was one of the more focused and determined players at practice this week. I almost fell out of my chair! When working through things at home, I calmly talk to her and if she gets upset and begins to speak disrespectfully, I try not to do the same back. I take a deep breath to help swallow my frustration and firmly and calmly talk to her. I tell her she owes money to the jar and ask to repeat what she wanted to say in a more productive way. Now even as I say this, I know it isn't easy. A spirited 9 year old can try anyone's patience. In fact, in the middle of writing this post, I lost it in the kitchen as she was wandering around the kitchen slowly making herself late to her game. I swear she has no sense of urgency! As she walked out the door, she sheepishly said to me, "We both owe 25¢". Well, at least she is paying attention. Before, she would not have thought twice about it.

And I guess that is the whole idea. Just trying to make our whole family self aware, and in doing so, make our 9 year old more self aware of herself and her actions. And this is hard. A 9 year old is still very young and it takes maturity to be more self aware. I explained to her time and again during all this that at the end of the day, the only things you can control in life, is you. You can't control what another person says or does, but you can control how you react to that person. You can make it better, or you can make it worse. And yelling, we have found, makes it way worse.