Mayor Emanuel, Keep your Hands off my Library. Thank You. 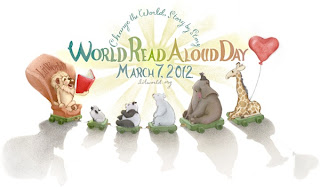 Irony is when you are asked to become a brand ambassador for a worldwide literacy organization, and asked to plan an event for worldwide reading day...

and you find that literacy is soon to become a luxury in your own city!


A couple months ago I was asked by litworld.org to become Chicago's World Read Aloud Day brand ambassador. I was floored, honored and excited. I was tasked to plan a fundraising and awareness event, big or small, for March 7th.


One of my ideas involved a library, so I went to visit my regional public library, Sulzer. They have a great storytime room and my daughter and I just love milling around and filling our tote bags with treasured books. After talking to one of the librarians, I was sad and frustrated.


She told me that the Mayor, due to budget short falls, has cut staff and hours. She said they are now closed on Mondays and they have laid off about 20 people over the past two months. She said that basically, the way the hours are being handled, they have to work 6 days but are really only getting paid 5. Meanwhile, they don't even have enough bodies to keep up with getting books back on the shelf (I noticed carts and carts of books in aisles, waiting to get put back.), let alone doing any kind of community outreach which they always felt was important,  including children's story hour!

In the first nine months of this year, the Chicago Public Library system offered 15,228 children's programs, serving 418,055 children of all ages, according to Dempsey. Librarians also made 740 visits to area schools to talk to teachers and students about what they can offer. But with fewer librarians, those programs will likely shrink. Reducing morning hours also closes the library at a time of day popular with young children, according to Lynn Elam, president of the Illinois Library Association. Elam said helping children get a jump-start on school through reading is a big part of what libraries do. (Chicago Tribune, 10-25-2011)

"Emanuel's budget also includes funding cuts that would slash full-time public library staff by 32 percent--and that comes on top of a 10 percent staff cut in 2010. The mayor's proposal would also cut eight hours a week from the branches' hours of operation. Such cuts would have far-reaching effects: Chicago Public Library Commissioner Mary Dempsey pointed out, for example, that library branches had over 8.3 million visitors--and that 60 percent of people using library computers were using them to search for jobs." (Chicago Tribune, 10-25-2011)

Ok. I get it. The economy stinks. All cities have had to make cuts to balance budgets that never can seem to be balanced. But what I take issue with is Mayor Emmanuel giving breaks where they arguably are not needed and would actually fund the city. But a social program that citizens count on, such as the local library, is getting screwed.

"For example, according to NBC Chicago blog "Ward Room," "When the General Assembly's fall veto session begins...Mayor Rahm Emanuel's legislative priority will be securing a tax cut for the Chicago Mercantile Exchange (CME)." Emanuel is seeking $120 million in tax breaks for the CME and the Chicago Board Options Exchange. Emanuel is also pressing for an ordinance that would cut taxes for 2,700 Chicago-based companies at a cost to the city of $23 million. Companies with more than 50 workers are taxed $4 per worker per month, and Emanuel is aiming to abolish the tax completely by 2014". (socialistworker.org, 2011-11-10)

So here I am, trying to plan an event to help children globally with literacy and reading. And it seems that even though children in Africa need books and resources, there will soon be many children in my own city that I love, in the United States of America, that are going to need this event as much as any child across the globe.

I will let you know what event(s) gets solidified, but sadly, it won't be at a Chicago Public Library.


If you wish to write the mayor's office, here is the form:
http://webapps.cityofchicago.org/eforms/org/cityofchicago/eforms/controller/contactUsForm/preFeedbackForm.do