Lifestyle: Sometimes when it comes to health, its the simple solutions that help. 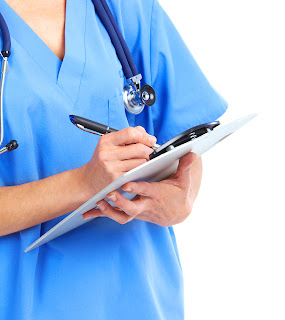 Time and again I am forced to deal with our health care system. Unfortunately, it is because I have a chronic stomach condition which gives me lots of fun physical issues from time to time. Add my high stress job, and there are times when I feel like my body is falling apart! However, I find I need to hunt down the right doctors, and meet with a few of them, before landing on the right fit for me. To help that process, I also do a lot of my own research on doctors, medication and ailments. It helps me get a clear understanding of what may be suggested and how it will affect my life. I can ask the right questions and also say no to things that I know won't work for my lifestyle.
In this whole journey, I have discovered one thing. Sometimes, when something is wrong, it doesn't always have to be answered with massive medications. For instance, recently,  I was having issues with very dry scalp. It was getting very bad, where I was going to go to the dermatologist. There were pieces of my scalp that actually began bleeding (YUCK AND HOLY COW!), and it was scaring me. At the time, I had to get some blood work done with a new GI was seeing, and she discovered I was very low on Vitamin D. She put me on a very large dose for three months. Amazingly, within a week, my scalp became greatly improved. Within three months, my scalp was normal. I did not need to go see a dermatologist, and I also felt better, less stressed. I talked to a few friends who were having some skin problems and after some research, they also went on Vitamin D with fish oil. This was after seeing countless doctors recommending hundred of dollars of medications. They all had improvements in their skin, to the point where they did not need to go on topical steroids. It is amazing what a simple blood test can do to help with some physical issues, especially when you can trace it back to vitamin deficiencies. My frustration is that doctors don't always think that way first, and I wonder if it is financially driven? Vitamins and preventative medicine tend to be cheaper then medications, which does cut into profits. If it is one thing the health care debate brought to light is that our system does not financially reward getting people well and healthy, that they actually make more on you if you stay sick. It is a little bit backward. But I have said before and I will say it again, its your money and your life. You dictate what you want and need, and what is going to work for you. If you want to start with a blood test and see what deficiencies you have, ask for it. Don't get pressured out of things. You have to pay for it anyway! Have the system work for you.
Recently, I had to push the doctor to pull a cholesterol test after a scary incident where I thought I had a heart episode. I rushed to the doctor to get an EKG and blood pressure checked. When they took blood, I asked if they would be checking cholesterol, and the response was "It would be out if context (really?)" AND "This is technically not a physical". Read between the lines, and it is a "The Insurance Company won't cover it." Well, guess what?- they barely cover anything anyway, and if I am paying for it, I want it. Period. SO if you get push back for simple tests, you push right back. It is in your best interest.
And do not discount stress as an addition to your health issues. My one favorite doctor who blends western medicine with an open mind to holistic and natural approaches, told me that 80% of all health issue are related in some way to stress. She told me that doctors don't really talk about it that much or address it with patients. As I mentioned before, I recently thought I had a heart attack. After the battle over the cholesterol test, this acerbic doctor told me she thought I had a panic attack. She said after the blood tests, we will know more, but that is what she thought the issue was. Then she began to ramble off therapy and drugs to help with my stress and anxiety. How about some YOGA, some B Vitamins to start, and some meditation or cutting out caffeine? Its funny she went right to the most expensive approaches without going with some simpler ones. SO again, it is up to me to do some research and figure out what will work best for me and my life. That is important to remember. At the end of the day, doctors are just guides, but you need to let them know where you want to go, and what speed you want to take and what car you want to drive. I say, slow and steady wins the race, and I am definitely in an economy class car!
Email Post